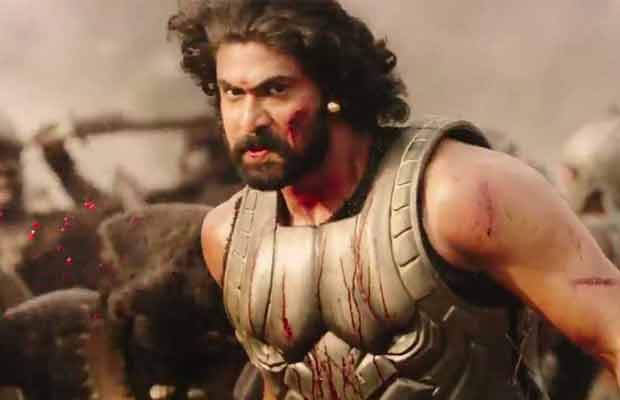 Rana Daggubati, famous for his role of Bhallaledeva from Baahubali series, revealed in an old video of his that he is blind from one eye!

Baahubali 2 has smashed all the box-office records with its opening day collection of Rs 121 crores. Most of the shows are house-full and the film is doing an amazing business both in the domestic as well as international market.

Rana Daggubati, who is famous for his role of Bhallaladeva in the Baahubali series, is in news.  But it is not only for his tremendous performance in the recently released Baahubali: The Conclusion but also something else. An old video of the actor has gone viral in which he has made a shocking revelation.

In the video he says, “Should I tell you one thing? I am blind in my right eye. I see only from my left eye. The one you see is someone else’s eye which was donated to me after his death.”

Closing his left eye with one hand, the actor added, “If I close my eye, I can see no one.”

The video is from a programme of a Telugu channel where the celebs participate and try to help needy people with their life’s problems. They take up the person’s job for a day and return them 10 times the amount that they earn from the job.

Rana was at the show for helping a woman who had problem in her eye. He encouraged the woman to not lose hope and look after her kids as he said, “LV Prasad operated on me when I was young. Study well. We will support. Be courageous as you have to look after her. Sorrows will go away one day, but you have to gear up and keep them happy always.”

His performance in Baahubali has already left us all stunned. But after knowing this fact about the actor, it certainly has increased the respect that we have for his hard-working nature and the never give-up attitude!