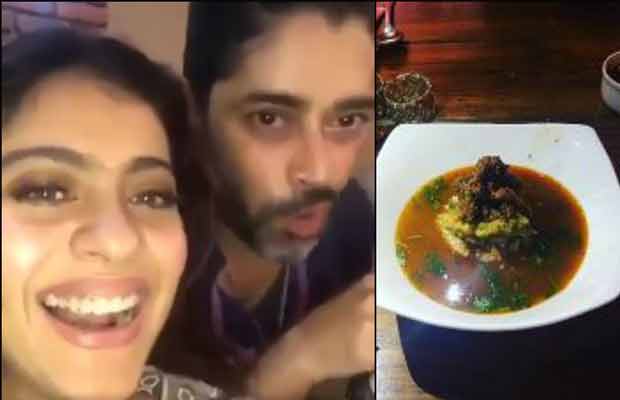 Bollywood actress Kajol speaks up on the beef video after it attracts negative comments on Facebook.

Bollywood actress Kajol recently went Live on Facebook in which she is seen introducing a dish that has been made by her close friend Ryan Stephens. During the Live video, after much of questions asked by the fans regarding the dish, Kajol revealed that the dish is made of beef, which as we all know is banned in Maharashtra.

On fans demand, Kajol is seen calling up Ryan in the video and is seen telling him to explain the dish and the ingredients. He said, “That’s the beef with water, dry lentil and dry beef,” after which Kajol quickly said, “We are going to cut off his hands after this,” and soon bids goodbye to her viewers on Facebook Live.

However, in no time the actress was trolled online for posting a video of a beef. Soon after it attracted negative comments, Kajol deleted the video from the Facebook as well as from the Instagram. That’s not all, Kajol also clarified on the dish that was made by her friend. Before things could get controversial, she clarified on the same.

Actress took to twitter and Facebook and shared an image, which read, “A video of me at a friend’s lunch said that there was a beef dish at the table. That’s a miscommunication. What was shown was buffalo meat, that is legally available meat. I am issuing this clarification because this is a sensitive issue that may hurt religious sentiments, which is not my intention.”

As per Maharashtra Animal Preservation (Amendment) Bill, the slaughter of cows, bulls as well as bullocks, has been strictly banned. If anyone found to be selling beef or in possession of it can be jailed for five years and fined Rs 10,000.