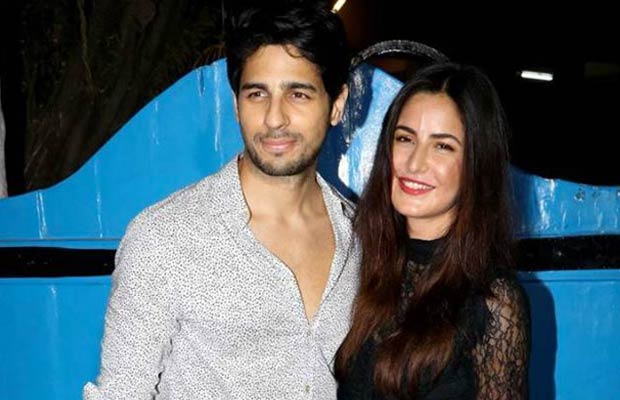 [tps_footer]Katrina Kaif and Sidharth Malhotra impressed everyone with their recently released track Kala Chashma. The revised version of the 90s track is a part of their film ‘Baar Baar Dekho’. After the groovy track, the film will now unveil one romantic song. Kala Chashma has already become the number one track on chartbusters. Seems like, the film is going to be filled with wonderful tunes.

The next song to release from the film is Sau Aasmaan. The track is going to be extremely romantic. Reports state that Sau Aasmaan is a honeymoon like sequence which will see Katrina and Sidharth drenched in love and romance. The song is shot in Thailand.

The new still from the film was recently unveiled where Katrina Kaif was clad in an orange bikini. The upcoming song will have varied instruments like guitars and banjos. The stanza of the song is Sau Aasmaan Ko Aur Do Jahanon Ko Chhod Ke Aayi Tere Paas.

The melodious song will be crooned by Neeti Mohan and Amaal. Additionally, Amit Trivedi was the first choice for composing the track and then Amaal was called on board.

‘Baar Baar Dekho’ is directed by Nitya Mehra and is based on time travel with a romantic angle to it. Katrina Kaif and Sidharth Malhotra’s on screen pairing is looking promising and the masses are eagerly waiting for the movie. ‘Baar Baar Dekho’ will hit the screens on September 9th, 2016.