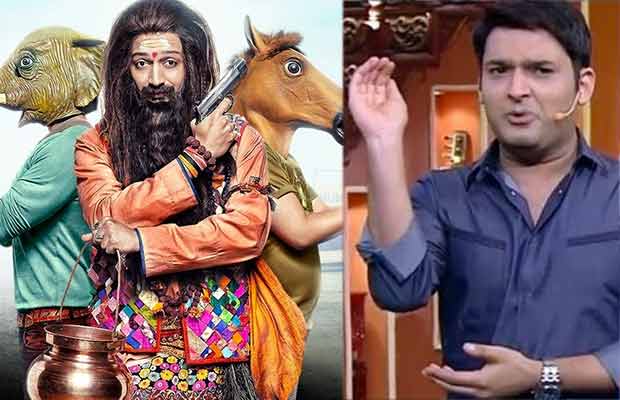 The makers of Bank Chor not only take a sly dig at comedian Kapil Sharma but also make fun of Kapil’s loyalty.Check out the video to judge for yourself.

Yash Raj Films’ youth segment Y-Films are set to release their next film Bank Chor. The railer came out just a while ago and the film stars Ritesh Deshmukh and Vivek Oberoi in the lead role, but once upon a time it was said to be Kapil Sharma’s debut film. The production house has now hit back at Kapil for walking out of the film in their

While the first trailer of the movie had released a week back, Y-Films decided to bring out a new version of the trailer called ‘Imaandaar’ trailer (Honest trailer). Now we all know that Bank Chor got mighty delayed because of Kapil Sharma. Kapil initially signed the film, and kept Y-Films hanging, but couldn’t shoot the film sighting a busy TV schedule. It was much later that Riteish Deshmukh replaced Kapil.

Since then, Kapil made his filmy debut with Kis Kis Ko Pyaar Karoon (2015) and is now shooting for his next film, Firangi apart from keeping himself busy in mid-air fights.

Not just did the makers take a dig at Kapil Sharma walking out of the film, they also used his fight with Sunil Grover to prove a point.Well, now that Kapil is facing the worst time of his career, it seems some ghosts from the past came back to haunt him too.