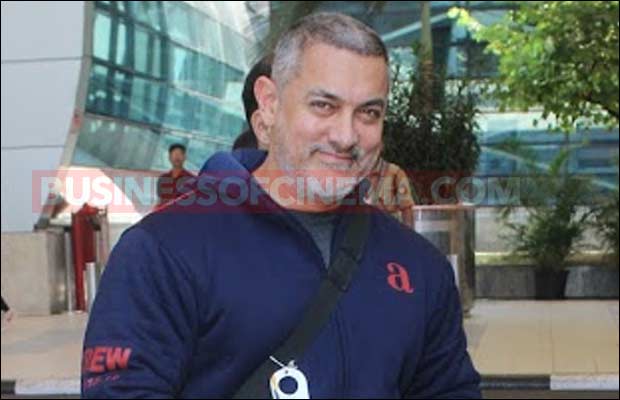 [tps_footer]Aamir Khan is currently shooting for an extensive schedule of Dangal in Punjab. The actor has been vesting all his time and energy on his upcoming next.

The actor will be seen playing different ages of his character in the film, therefore, the actor is now preparing himself to shoot other portions of the film wherein he is required to appear different.

Since the shoot for the portion where he has to look fat has come to an end, Aamir has started to lose weight from January 01, onward. Moreover, this weight loss process also includes an intense workout schedule. We would soon be witnessing the actor in a different avatar.

All the actors who are playing wrestlers in the film, including the girls who are playing Aamir’s daughters are given food specially cooked as per their individual requirements. A special cook is appointed on the sets who cooks food which is specifically measured and cooked as per individual requirements. Aamir too eats the food made by this cook.

The film is based on the life of Haryana-based wrestler Mahavir Singh Phogat. who taught wrestling to his daughters Babita Kumari and Geeta Phogat. The film also stars Sakshi Tanwar, Fatima Sana Shaikh and Rajkumar Rao. Dangal is Aamir’s next film after the record breaking film, PK.