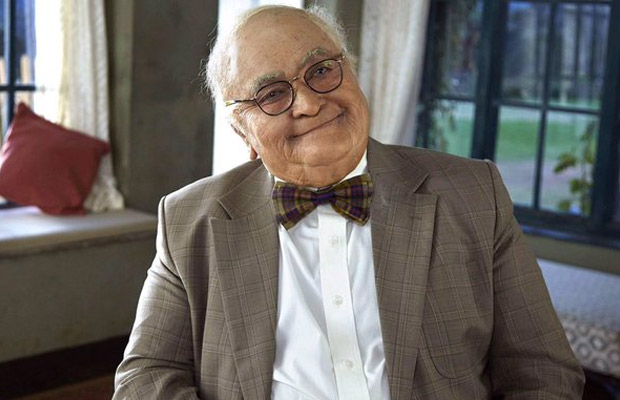 [tps_footer]Bollywood filmmaker Karan Johar has left no stone unturned to get the best for his upcoming production film ‘Kapoor & Sons‘, which stars Sidharth Malhotra, Alia Bhatt and Fawad Khan in the lead roles.

Directed by Shakun Batra, the film also stars Rishi Kapoor and the first look of the veteran actor is out. Rishi Kapoor unveiled the first shocking look of him from ‘Kapoor & Sons‘ and we are sure you wont be able to recognize it at first.

The veteran actor, who is playing the role of 90-year-old father in the film, shared his look on twitter with a caption, “Kapoor & Sons. First look of mine in the film. Others to follow. Await!!” 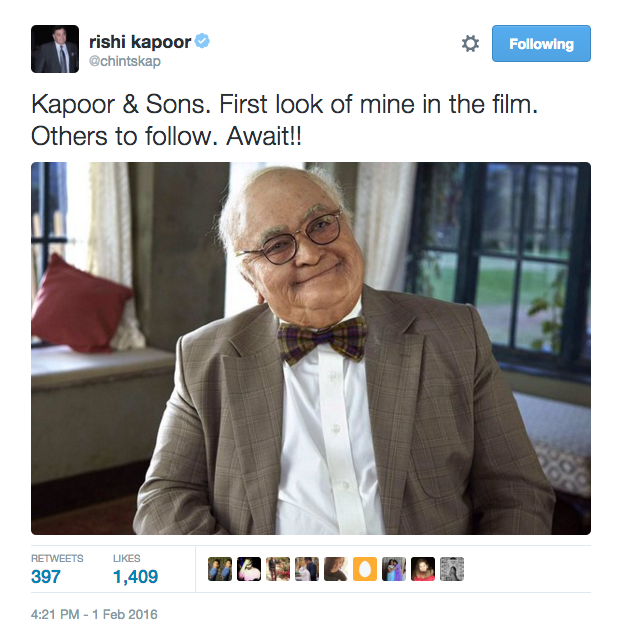 Wearing a crisp suit and spectacles with his half bald and aged look, Rishi Kapoor is seen giving a bright smile in the first look of him. We bet at first you won’t be able to identify him! Try twice, you might guess it right!

As earlier it was reported, Karan Johar has spent a whooping amount of Rs 1.5 crore for this look of Rishi Kapoor. The veteran actor who will be seen playing a role of a partial father, got high budget make up by Hollywood artist Greg Cannom.

Talking about the film, Rishi Kapoor will be seen playing the role of a 90-year-old man and a father. The make up will make him look like a 90 year old man in the film and it is surely going to be out of box experience for him. Not only that, the makers of the film have also worked hard on the voice of Rishi Kapoor.

On January 30, he also shared his look from upcoming movie Sanam Re. The actor has done a cameo in the Divya Khosla Kumar directorial film. 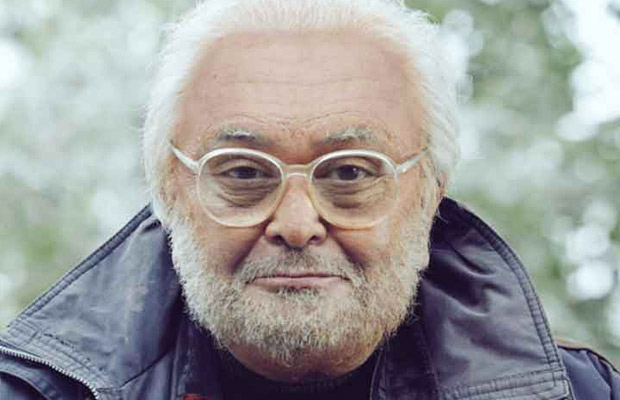 Produced by Karan Johar under Dharma Productions banner and directed by Shakun Batra the movie is said to be a love triangle between Sidharth, Alia and the newbie of Bollywood Fawad Khan.  The movie has been majorly shot in Mumbai and Coonoor.[/tps_footer]