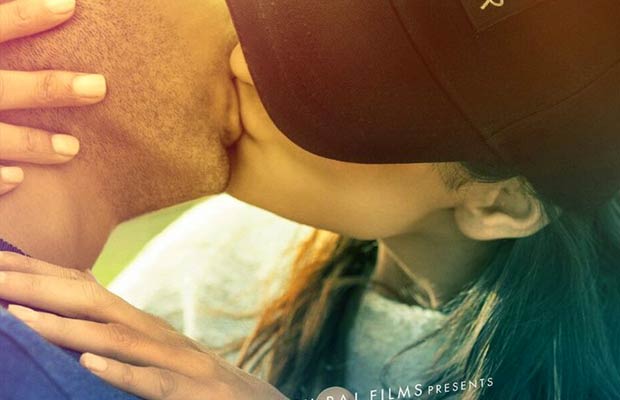 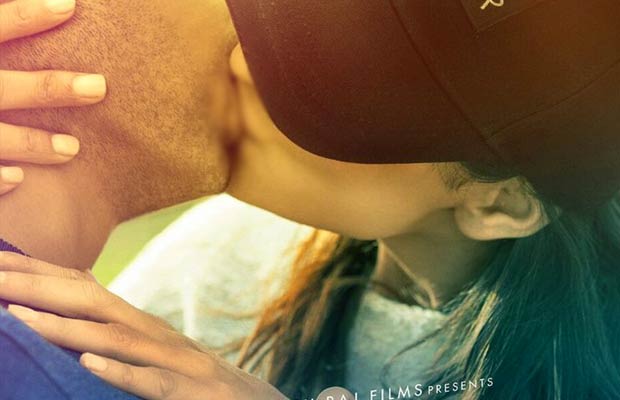 [tps_footer]Finally, the much-waited first look of Ranveer Singh and Vaani Kapoor‘s upcoming film ‘Befikre’ is out and we are going gaga over it. The two stars who will be seen together for the first time on screen, are really going to blow your mind with the hot look of the film.

The first look sees Ranveer Singh and Vaani lip-locking and is totally engrossed in their own dreamy world. Also, interestingly, Vaani’s cap has a tagline, ‘Who Cares Mon Amour’ written on it which means ‘Who Cares My Love’ in French. Well, Ranveer and Vaani would definitely make a good pair and we can’t wait to catch the same magic on screen.

Ranveer shared the first look on twitter with the caption, “You wanted a tease, you’ve got it! Here’s presenting the #BefikreFirstLook with @Vaaniofficial @BefikreTheFilm.” 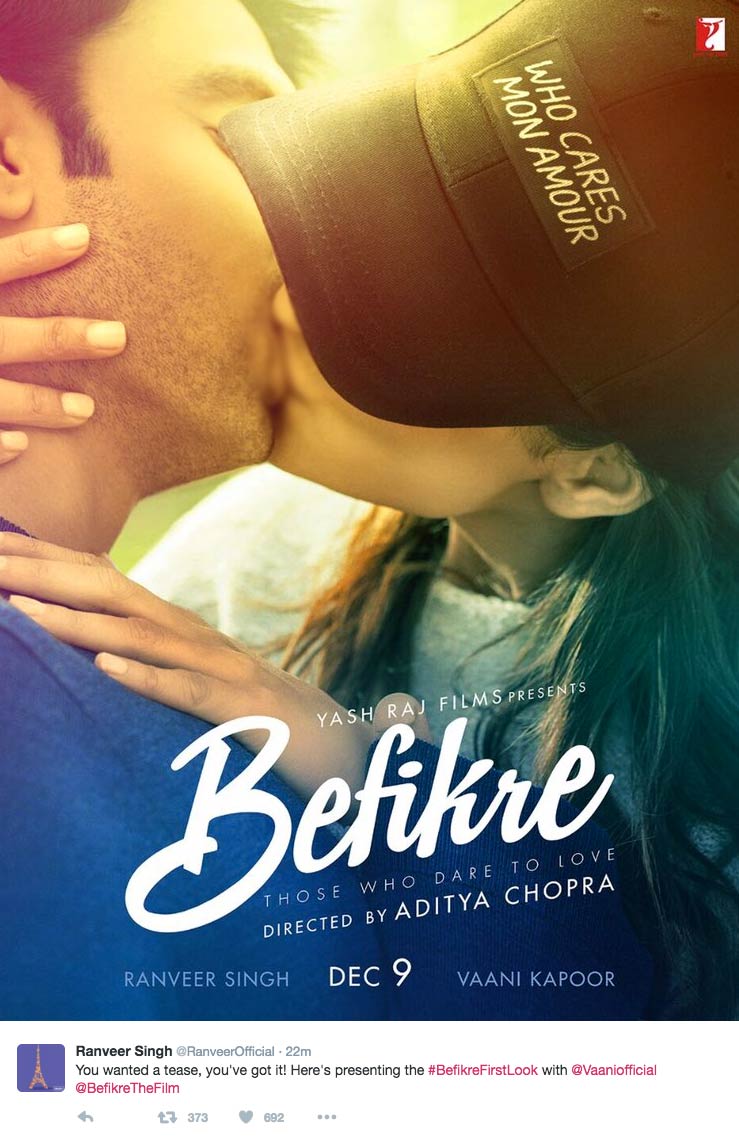 Well, surely Ranveer Singh has teased us with the first look of the film and now we can hardly wait to see them together with more magic and new looks!

Ranveer Singh who is known as one of the dedicated actors of Bollywood made his debut with YRF’s ‘Band Baaja Baraat’ in 2010 and exactly after 5 years he makes his comeback with YRF again. The film is being directed by YRF’s head honcho Aditya Chopra and it’s his dream project. The film is all set to release this year on December 9.[/tps_footer]