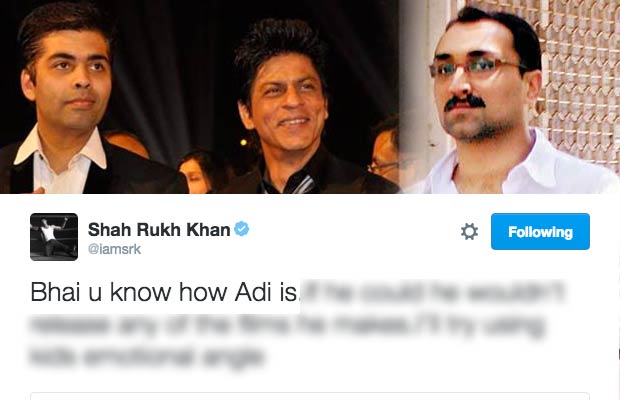 Yash Raj Films’ Aditya Chopra has always been away from the lenses. The filmmaker who is highly talented prefers to keep a low profile amidst the shutterbugs. Aditya is not even active on any of the social networking sites and likes to be engaged solely in his work. Aditya Chopra is currently on cloud nine with the arrival of baby Adira and the business honcho is also tied up with the release of ‘Fan’.

Recently Karan Johar and Shah Rukh Khan were chatting about the film ‘Fan’ on the micro-blogging site Twitter. Karan tweeted, “Dying to see #fan! @iamsrk…do you think Adi will show it to anyone before the 15th???” 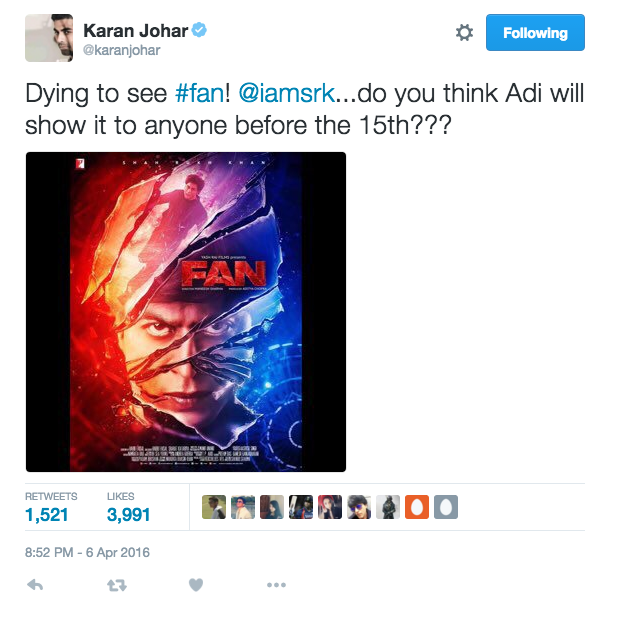 Witty actor SRK who is always smart in his replies tweeted back saying, “Bhai u know how Adi is.If he could he wouldn’t release any of the films he makes.I’ll try using kids emotional angle.” 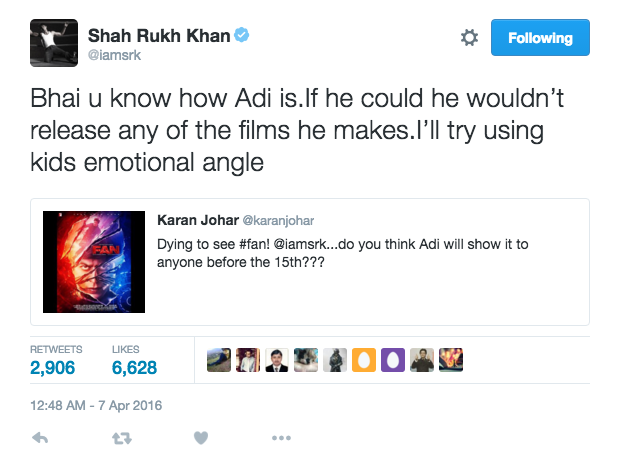 Well, we are sure both these talent bundles are too familiar with Aditya Chopra. King Khan Shah Rukh will soon be seen in the film ‘Fan’ which is helmed by Yash Raj Films. The film is directed by Maneesh Sharma and is riding high on the minds of the audiences.

‘Fan’ will see SRK in a double role. The movie revolves around a superstar and his biggest fan. The film is all set to hit the screens on 15th April 2016.[/tps_footer]