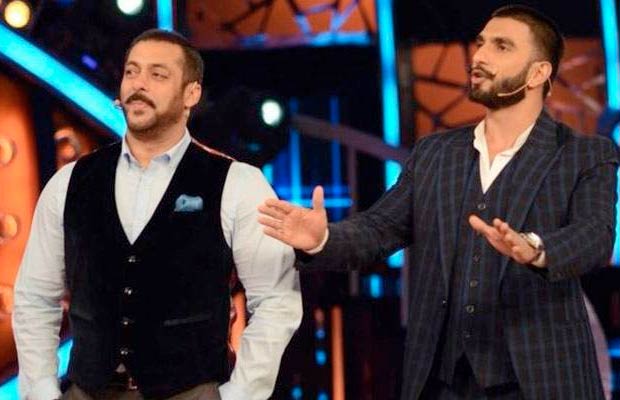 [tps_footer]Most successful Dhoom franchise created a buzz since Yash Raj Film‘s made an announcement on their blockbuster comeback last December. The recent development of the film is surely going to create a buzz among everyone, as Bollywood actor Salman Khan and Ranveer Singh are apparently being considered for ‘Dhoom Reloaded‘.

A report in DNA quotes a source as saying: “Aditya Chopra wants Dhoom Reloaded to be a film for the youth. Who better to play the dashing hero than Ranveer Singh, YRF’s current blue-eyed boy? Talks are on for Salman Khan to play the negative role so if both get finalised, it will be Salman and Ranveer for India’s most successful franchise.”

Reportedly, Salman Khan has been in talks since a quiet some time with YRF regarding his role in the next sequel of Dhoom. If everything falls into place, Ranveer Singh and Salman Khan will apparently play the role of the protagonist and antagonist respectively in Dhoom Reloaded.

Well, we are eagerly waiting to see the big collaboration of Salman and Ranveer, as it would be for the first time that the ‘Being Human’ star would be working with a younger star in Bollywood. Meanwhile, Ranveer is shooting for Aditya Chopra’s Befikre in Paris and until we wait for everything to get finalized.

Reports also suggest, the shooting of ‘Dhoom Reloaded’ will begin next year in 2017 and will be directed by Vijay Krishna Acharya.[/tps_footer]