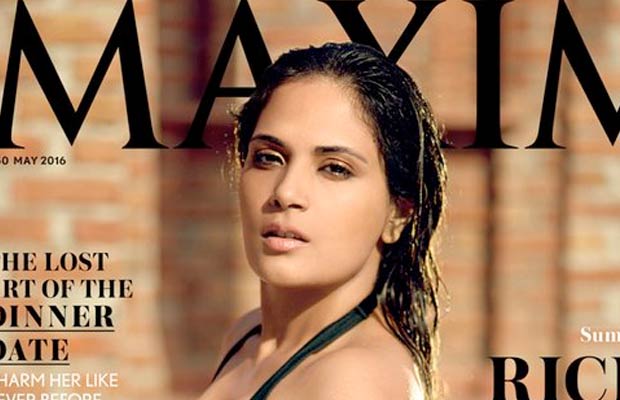 [tps_footer]Richa Chadha for sure known how to get the temperatures soaring high.

The absolutely versatile actress who has defied the film industry norms is now donning the cover of MAXIM India.

Dressed in a classic black bikini, Richa sure looks smoking hot! The actress is all set for the release of Sarabjit on 20th May followed by Cabaret on 27th May.

There actress is currently busy shooting for her Indo-American film titled Love Sonia, which is produced by David Wormack who has to his credit of having produced films like Life of Pi and Slumdog Millionaire.

Richa will also be seen in other films including Jiah aur Jiah, Three Stories, Dasdev and will start filming for Fukrey 2 in October this year.[/tps_footer]