Bigg Boss 10 was surely the most talked about season of the series because of its controversial contestants like Om Swami and Priyanka Jagga. The baap-beti duo were thrown out of the Bigg Boss house because of their inhuman behavior with their fellow housemates.

Both shared a great equation in the house and it seems as if outside the BB house also they are great friends. The troublemakers Jagga and Swami were reportedly partying together. According to TellyChakkar, They were spotted together in Shankar Sahney’s birthday bash. The looks great together and they have definitely enjoyed a party. Check out their picture. 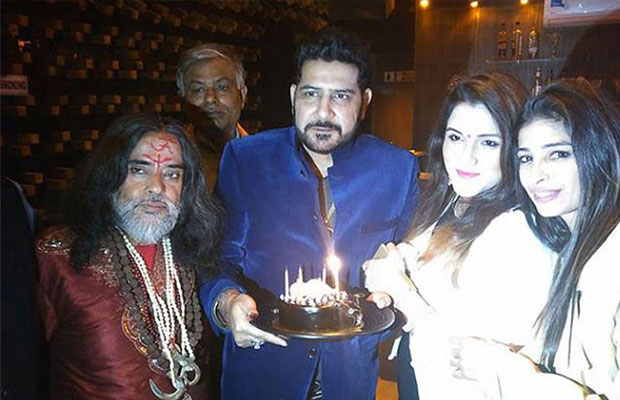 The reason behind Priyanka Jagga‘s ouster was her bad behavior with other contestants in the house and also with the host of the show, Salman Khan while Swami Om, also known as the Dhongi Baba was thrown out of the house by the makers of the show because he threw his pee on the other contestants. Salman Khan was highly pissed with these two because of which he has categorically informed the makers to keep them away from him and they have been boycotted from attending the Grand Finale of the show which is scheduled on January 28.