The madness among the fans was huge and unbelievable. Fans, as well as Bollywood stars, were constantly sharing several pictures and videos on their social media accounts. However, not many were happy with Justin Bieber’s concert. Yes, Bollywood actress Sonali Bendre, who attended the concert last night with her kids, found the event complete ‘waste of time’.

Despite Sonali Bendre’s negative review of the concert, the organiser Andre Timmins of Wizcraft thanked her for her kind words.

Sonali had come to the concert only for her kids, who are big fans of Justin Bieber. The actress also shared a photo of her kids from the much-awaited event.

Not only Sonali, B-town couple Karan Singh Grover and Bipasha Basu also left disappointed from the concert. Reportedly, the couple left the venue within five minutes of arriving. Before leaving the venue, Bipasha said that she did not expect this huge crowd at the concert and that no security was provided to them by the organisers. “We didn’t get security with us and it is too crowded so we are leaving,” said Bipasha as she left with Karan.

So what we could not enjoy at the concert… still it's always fun with you my love. Thank you ?

Though the two couple not attend the concert, they made sure to make the most of the night. Sharing the picture from last night on her Instagram, Bipasha wrote, “So what we could not enjoy at the concert… still it’s always fun with you my love. Thank you.”

Here’s another post of her that takes a dig on not attending the concert.

All dressed up for nothing? Ha ha ha!

CLICK NEXT TO SEE MORE PHOTOS FROM JUSTIN BIEBER CONCERT! 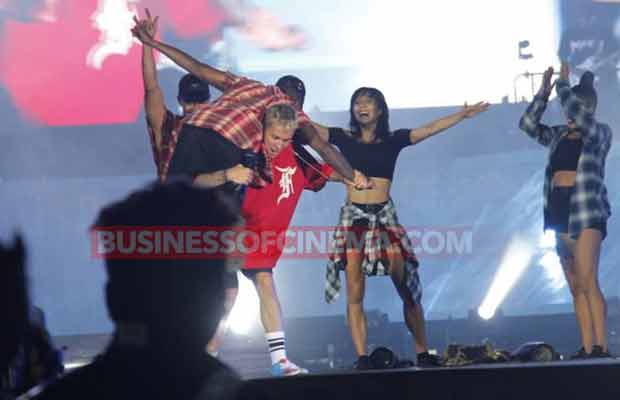