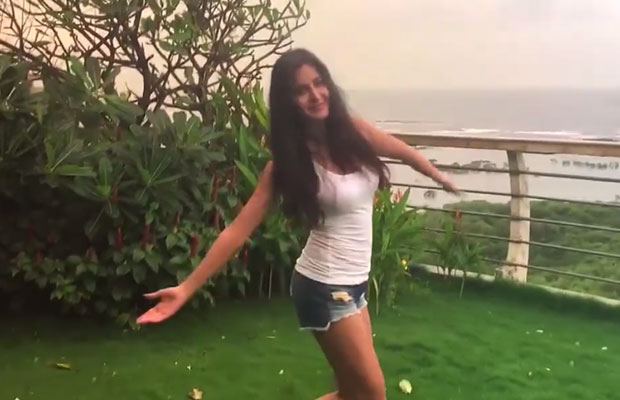 Actress Katrina Kaif celebrated her birthday yesterday. The birthday girl, who has always been absent from social media had committed to her fans that she would take up social networking on her 33rd birthday. Kat celebrated her 33rd yesterday and stuck to her promise of debuting on social media.

The actress made her social networking debut through Facebook and was flooded with likes from her fans.The actress shared a number of posts since then including a few pictures and a video.

The video, much to the delight of Kat’s fans is of Katrina having a very casual stroll in her home.

The beautiful sea facing apartment seen in the video is the same place which was the venue for Kat’s 33rd birthday bash held last night.

The house is also the same flat which she had shared with ex-flame Ranbir Kapoor during their dating period.

Katrina looks like an innocent toddler in the video dressed in a white tank and denim hot pants skipping in the house and posing on the green lawn in her terrace.

She captioned the video, “Let’s Do This :)” and Katrina is seen exclaiming “I’m here” in it.

Indeed a beautiful house for the beautiful 33-year-old.

Couldn’t have been a better Facebook debut than this!