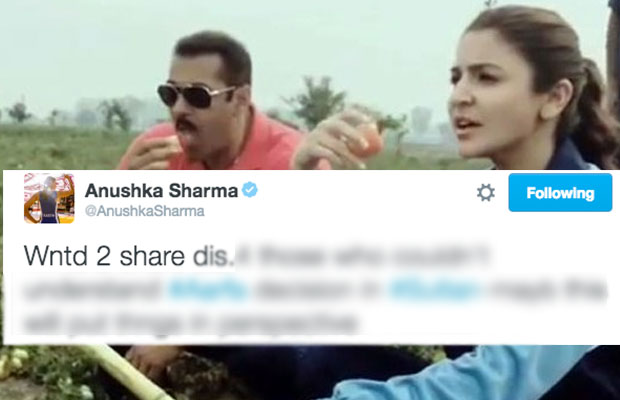 Though the film collected huge numbers in its collections, Anushka’s character of Aarfa in the film has met with some criticisms. Many opined that Anushka who is otherwise careful in choosing her roles was not at all a strong character in the film ‘Sultan’.

Moreover, the plot of the film was criticized by some wherein Aarfa leaves her dreams and chooses motherhood. The concept that Anushka Sharma’s character had to give up on her career for a child was not accepted by many.

After all the point of views and criticisms, Anushka has finally given a reply to the same on the micro-blogging site Twitter. The actress gave a reply by posting an example of tennis player Victoria Azarenka who uploaded a post wherein she announced that she is pregnant and would take a break from her career. 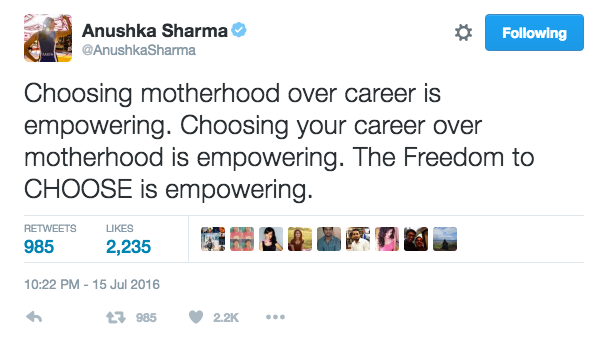 “Wntd 2 share dis.4 those who couldn’t understand #Aarfa decision in #Sultan-mayb this will put thngs in perspective” 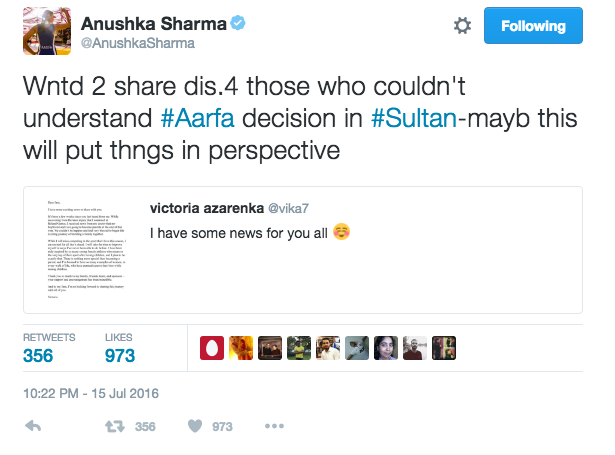 Victoria Azarenka posted, “I have some news for you all.” 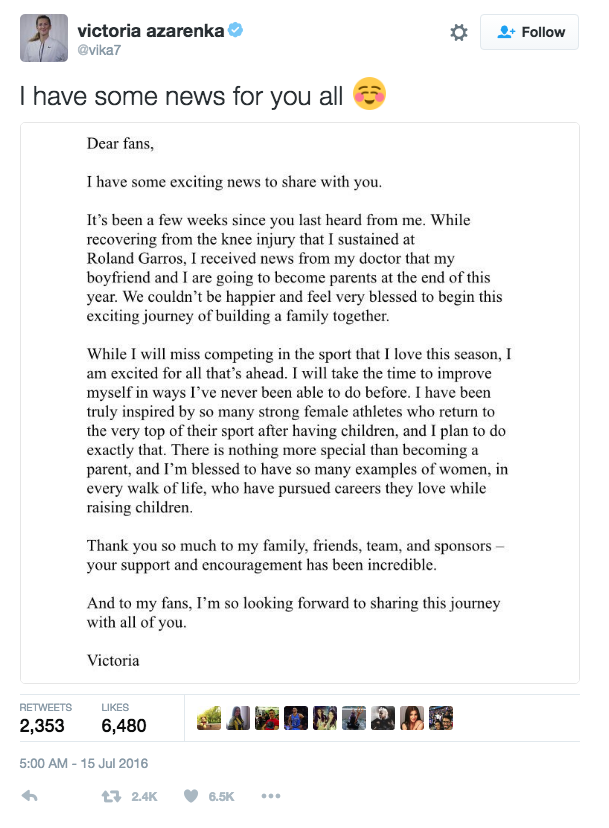