CLICK NEXT TO SEE PHOTOS OF KAMAL HAASAN IN HIS AVATARS

Kamal Haasan turns 60 today.  This multi talented actor has begun his journey as a child artist and become one of the stalwarts in Indian Cinema. The ace actor has complete 53 years in the film industry. He is known as the master of disguise as he portrayed different avatars in his film.  Let’s look into the top ten avatars of Kamal Haasan on his birthday.

This 4-year-old boy in made his debut in ‘Kalathur Kannamma‘. This was the first time he appeared on screen. After this he was seen 7 years later in the movie ‘Maanavan‘ in 1970.

Chachi from the Film Chachi 420

Even today, when an actor plays a female role, he draws his inspiration from the role of Kamal Haasan as Chachi in Chachi 420. Amazing make up and perfect personification defined this role, which is still strong in memories.

In Vishwaroopam, Kamal Haasan played two roles one of the dance teacher and other of undercover RAW agent. The most impressive of both was that of dance teacher who loves cooking. The kind of body language and mannerism Kamal Haasan adopted brought in a lot of depth in his character. He truly charmed his audience with his talent.

The master of disguise entered the Guinness World Record for playing 10 roles in Dasavatharam. Each character in the film stands out because of the specialty it carries with its make up and prosthetic. One of character was that of George Bush.

Kamal Haasan is known for his experimental roles. With Appu Raja he proved that with different looks he adds his talent in perfect blend. He brings in the character to life and that what makes his this avatar so special. He played the character of dwarf so convincingly that many people were surprised that how a tall man like him turn into a midget.

Role of Vigilante in Film Hindustani

He turned into a vigilante in the film Hindustani. This film was the official entry of India into the category of Best Foreign Language film in Academy Awards in 1996.  He played double role of both father and son in the movie. He justified both the characters specially the make up of the father’s role was quite appreciated.

Kamal Haasan played the role of a 89 year old Hindu lying on his deathbed and grueling into his past remembering the riots, partition and his own loss. He played the role of Hindu who takes on the Muslims for raping his wife.  This role surely proved to be one of the stand outs.

Aalavandhan/Abhay released in the year 2000, Kamal Haasan  played double role one of a cop and the other of an insane criminal. For the role of insane criminal, Haasan completely went bald and bulked up his physique to embrace his character completely.

Kamal Haasan was in this film ‘Anbe Sivam’ along with R. Madhavan. Hassan’s performance in this movie was critically acclaimed and award winning. He plays the role of handicapped communist who instills some sense and sensibility into the arrogant advertisement film maker played by R. Madhavan.

The 1981 Hindi movie ‘Ek Duuje Ke Liye‘ directed by K Balachander showed the innocent and romantic side of Kamal Hassan. This movie is considered one of the classics in Hindi cinema. Even today the audience name this film as one of their favorite romantic movie. Kamal Haasan vowed many female fans with his performance and became the chocolate hero after this movie. 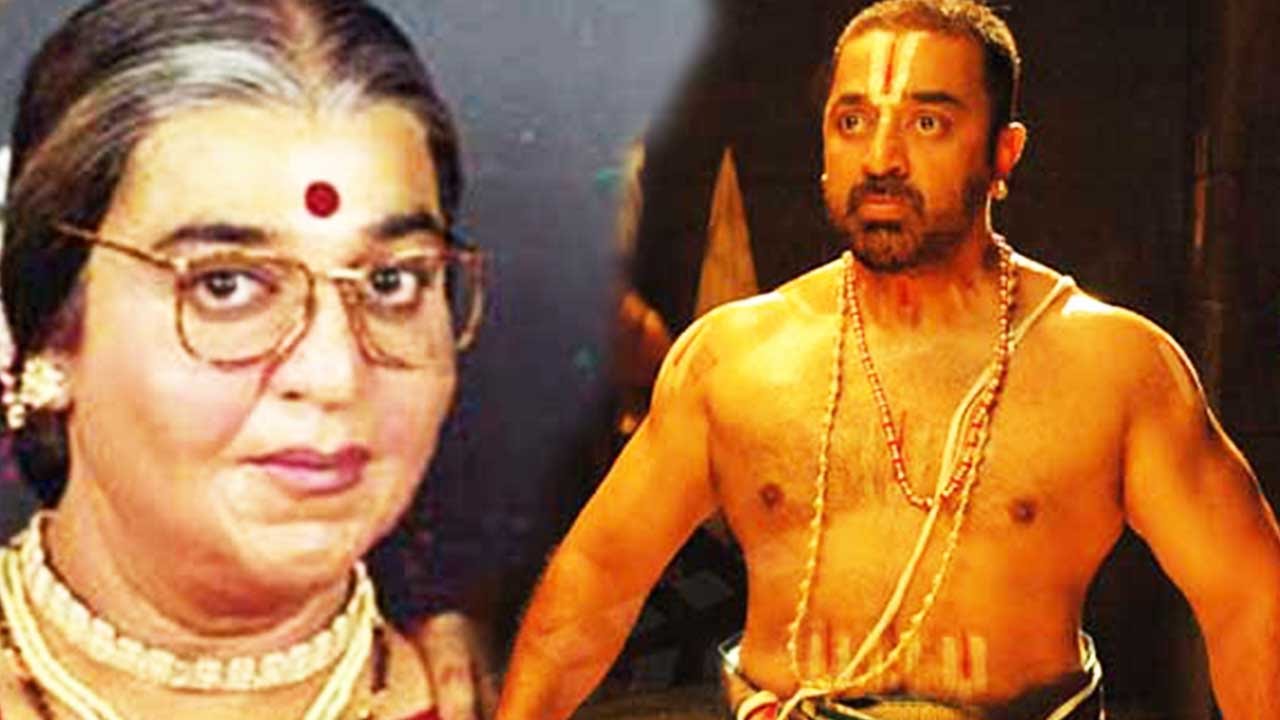