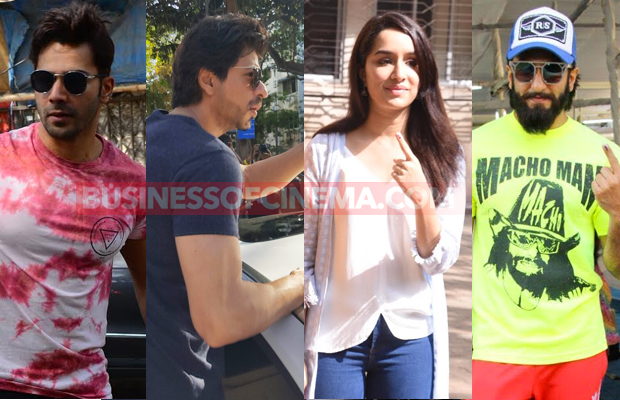 The Brihanmumbai Municipal Corporation (BMC) election begins today on Tuesday and the Mumbai has woken up to cast their votes for the right candidate. A handful of Bollywood A-listers have also cast their vote today in the morning. B-town celebrities Shah Rukh Khan, Varun Dhawan, Anushka Sharma, Rekha, Ranveer Singh, Shraddha Kapoor, Zoya Akhtar, Kiran Rao, and others have already cast their votes.

Bollywood actress Anushka Sharma, who has geared up for the release of her upcoming film Phillauri, went on to vote early in the morning. The actress shared a photo of her with a caption, “Started my morning by casting my http://vote.Voting is our duty towards our country & its progress.Pls go out&vote #VoteKarMaharashtra” 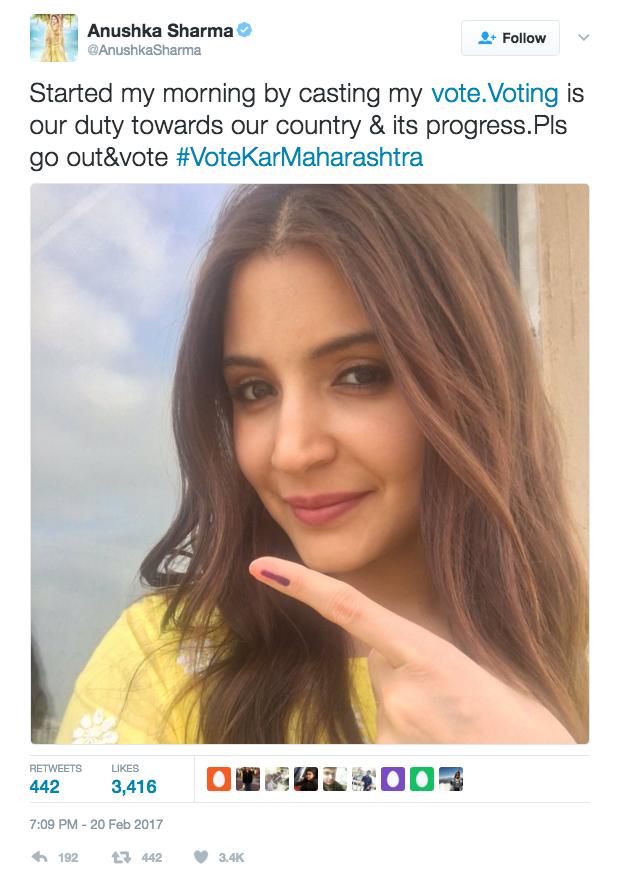 While some of the celebrities are carefully using their right, a handful of Bollywood A-listers are missing the BMC election. As an excuse of work commitments or on a holiday, Sanjay Dutt, Aamir Khan, Priyanka Chopra, Rishi Kapoor, Anupam Kher, Arjun Kapoor, Shabana Azmi, Javed Akhtar, Hrithik Roshan and few others are out of the city during the BMC elections 2017. Interestingly, stars who have often taken up civic issues, are missing BMC elections today.