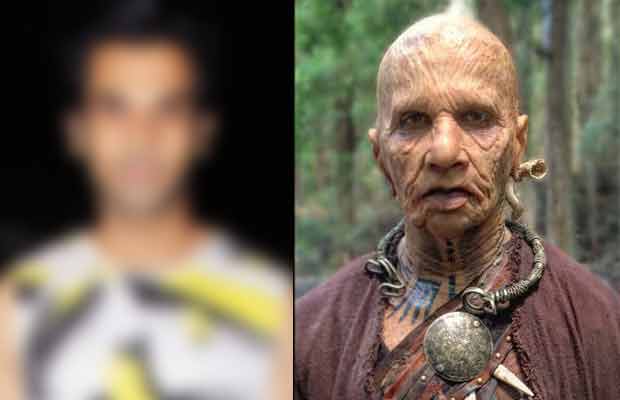 A Bollywood actor transformed himself completely for a special appearance in a film.

Have a look at this picture and try to guess who this Bollywood actor is. We bet that you will not be able to give the correct answer. And this is not your fault as the actor has completely transformed himself. He is actually unrecognizable in this avatar that he has donned for a special appearance in an upcoming Bollywood film.

The man in the picture is none other than Rajkumar Rao. It is Sushant Singh Rajput and Kriti Sanon’s Raabta, for which the actor has got into this look. It was earlier this week when we got to see the trailer of Raabta. While the trailer was all interesting and engaging, it was towards the end of the trailer that had Rajkumar Rao on the screen for a very short while.

Rao has been a very versatile actor, but this was something totally unexpected from him. In the film, his special appearance shows him in the role of a 324 years old man with completely wrinkled skin, tattoed body and ear piercings. He even tweeted sharing this look with his fans saying, “And here is my Guest Appearance from #Raabta.”

And here is my Guest appearance from #Raabta. pic.twitter.com/AZaHryWX6a

Raabta is a story based on incarnation, where love doesn’t die and that connection (raabta) continues. It features two completely different timelines civilizations.

The Citylights actor is extremely talented and he keeps experimenting with his roles. Recently, we have seen his amazing performance in the film Trapped. And now with this role, Rajkumar Rao has made us eager to look forward for the film!

The film shows Kriti Sanon in the roles of Saira and Queen while Sushant Singh Rajput plays the roles of Shiv and King. Raabta has been directed by Dinesh Vijan and is slated to release on June 9, this year.