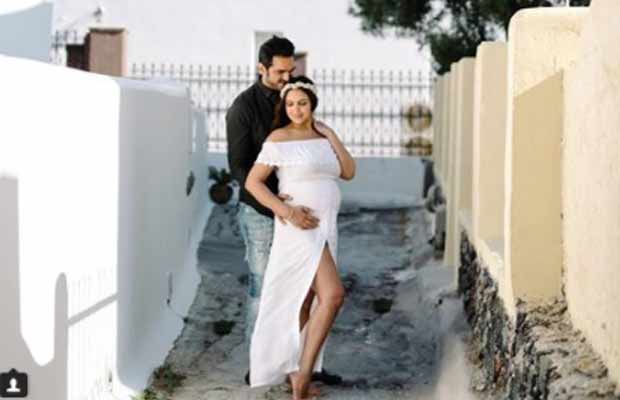 After seeing Soha Ali Khan’s baby shower, another Bollywood actress Esha Deol will be celebrating a baby shower in the sweetest way possible

Bollywood actress Esha Deol will soon be a mother and is at the top of the world. She is married to businessman Bharat Takhtani and is in the third trimester of her first pregnancy.

She will be celebrating Godh Bharai or a baby shower on August 27th. She has already started preparing for the event. Family and friends will be present for the event. Esha was also spotted shopping for a dress at designer Neeta Lulla’s store in the city.

Neeta Lulla told a news agency how exactly Esha’s outfit for the special occasion “Esha’s outfit will be crafted with gota, zardosi and sequin embroidery paired perfectly with a sharara with multi gores which would enable her to walk around freely and make her feel comfortable. Esha particularly wanted a hint of the Radharani colours from the medieval Vrindavan, hence the colour pink to express the power of love and compassion”

Although the details of Esha Deol’s pregnancy have been secretive, we are finally getting some scoops. Since baby showers are a big deal in Bollywood, Esha Deol is making it special in her own way.

Source revealed to indianexpress.com that the actress will be getting married to her husband Bharat Takhtani once again at the event. The couple will marry once again but with only three pheras and it will be a traditional Sindhi ceremony. Both the families are excited for the day.

Esha Deol has been quite active on social media durning her pregnancy and posted snaps from her recent trip and rakhshabandhan celebrations. She captioned, “?”satte pe satta ” that’s exactly how we are!Rakhi with my lovely Takhtani brothers …I’m in bhabi mode to Bharat’s younger brothers !!! ????? @bharattakhtani3

Esha Deol told Pune Mirror that she was blissfully happy with her life and how Bharat is taking care of her,“Over the last five years, Bharat and I have become as thick as thieves. Since I’m pregnant, I’m prone to mood swings now but he’s tolerated them and is extremely protective. He’s also my best critic, encouraging me in everything I do. At the risk of sounding filmi, I’ll say I wouldn’t want to change anything, life’s beautiful.”

We are so excited to see the gorgeous Esha Deol at her godh bharai with husband Bharat renewing their vows.

From growing bangs to growing bumps together… my rainbow ? ,my soul sister ,my bff … @chefchinugaiagourmet here’s wishing you a very happy birthday with the best of everything in life ??love u ❤ #HappyBirthday #BestBuddies