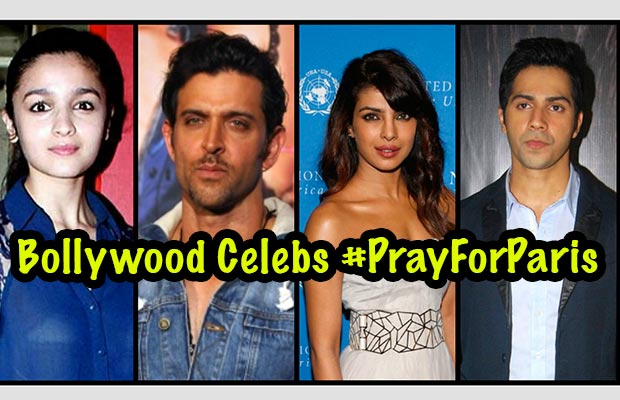 The most romantic place of the world Paris has become a victim of terrorist attacks.  The scenic location of the world has suddenly turned into a blood clotted location with victims fighting for their lives. According to reports, seven separate attacks took place in Paris. The attacks are said to be organized ones. A state of emergency has already been declared in Paris and security on the territorial borders of Paris has also been tightened.

The world is mourning and praying for the victims of the Paris attacks and our Bollywood celebrities are also praying for the same. Displaying their sympathy towards the ugly attacks various celebrities took to the micro blogging site Twitter and conveyed their feelings. Some of the posts are- 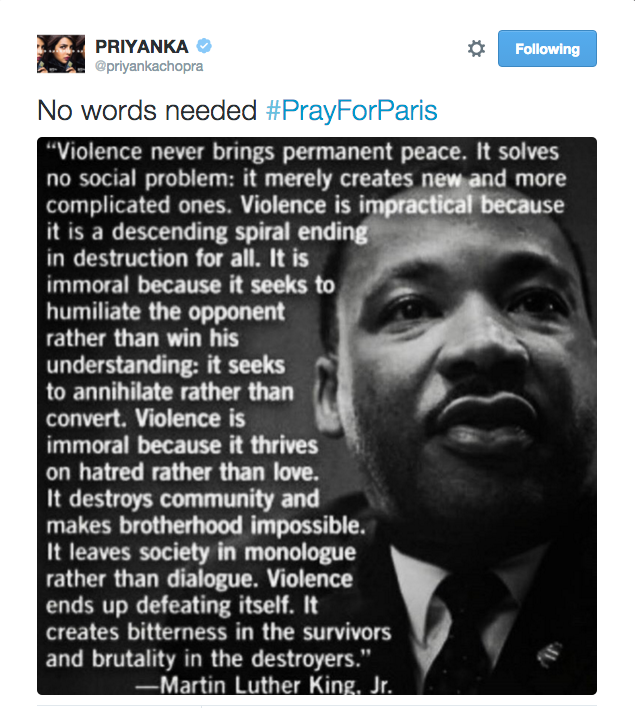 Actress Alia Bhatt tweeted, “Shocking,Appalling and disgusting!!!!! Yes this massacre is truly an attack on ALL humanity! Really praying for some peace in this world!” 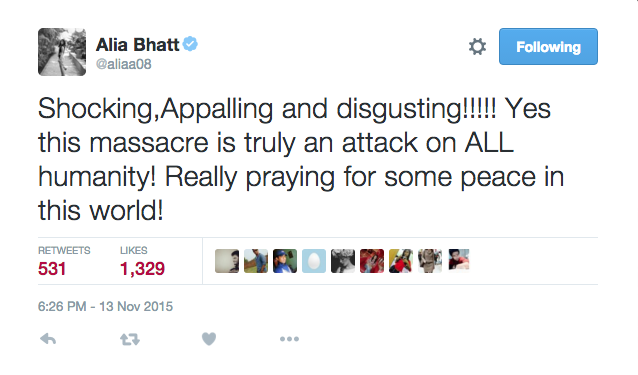 Actor Sidharth Malhotra shared, “Shocked at the news of  #ParisAttacks strength n prayers to the victims n their families.Power to the security authorities.” 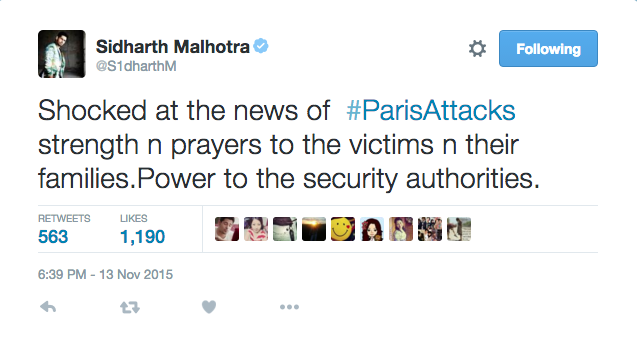 Varun Dhawan posted, “Heartbreaking to hear about the #ParisAttacks.can only pray for peace. I hope justice will be served” 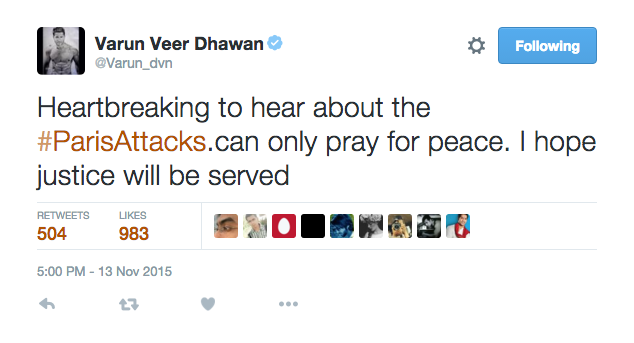 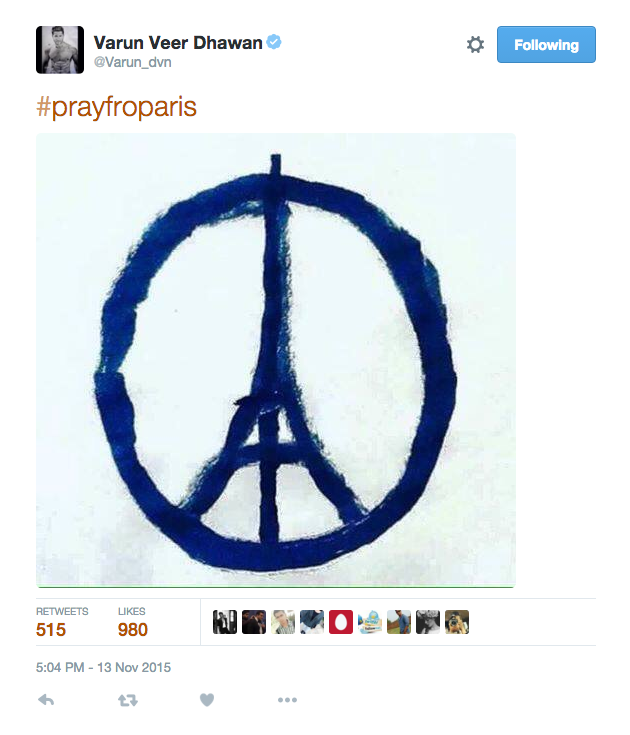 Action star Akshay Kumar tweeted, “Woke up to the terrible news of the #ParisAttacks! Haven’t we evolved at all? My thoughts, love & prayers with those affected.” 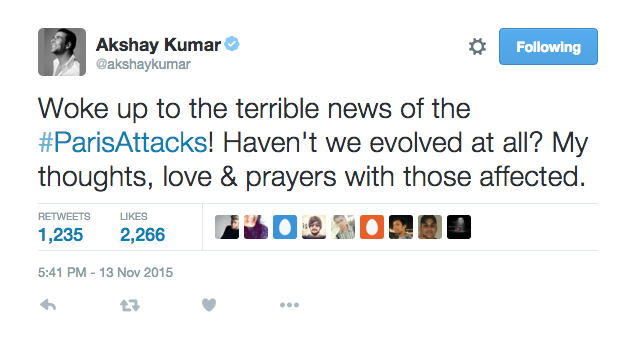 Richa Chadha conveyed, “We must refer to ‘acts of terror’ as ‘acts of cowardice’ henceforth. Only cowards attack unarmed and innocent civilians. #ParisAttacks”

Actor Vivek Oberoi expressed, “Deeply sad to see what happened in #Paris the city which is a symbol of love &beauty has been turned into a cauldron of hate #Prayers4Paris”

Preity Zinta shared, “Looking at the news on the #terrorattacks in #Paris fills me up with anger at this horrible act of #cowardice. Reminds of the Mumbai attacks”. 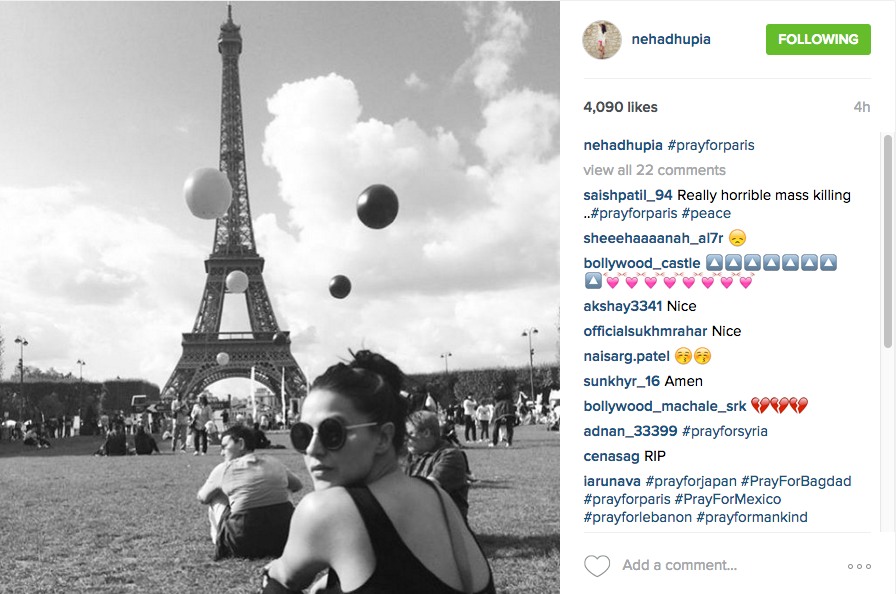 Ayushmann Khurrana posted, “This should not trigger you to breed intolerance. This should give you the impetus to breed humanity. #PrayForParis” 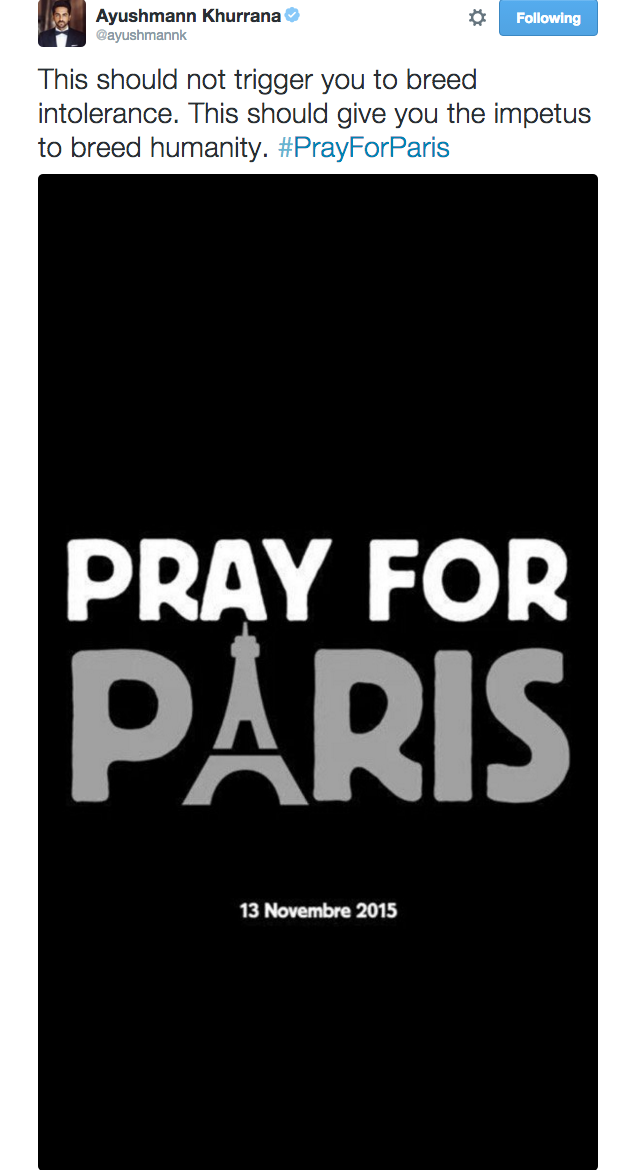