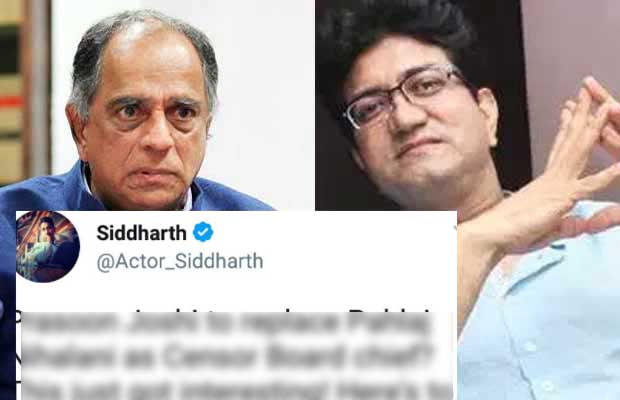 After the overnight change of CBFC Head, Pahlaj Nihalani is trending for all the wrong reasons.

Pahlaj Nihalani was recently removed overnight. With enough controversies surrounding his name and his post, the filmmaker has finally been thrown out of his position. He stated to an entertainment website that he had no idea about the removal and respects the government’s decision. Pahlaj Nihalani took over the position in 2015 after Narendra Modi became Prime Minister of the country.

Pahlaj Nihalani also stated that he isn’t upset at all with this new development. He added, “98% of the film industry was happy with my work, it was just 2% that are unhappy. But I wish them all the best. And har kisi ke kaam mein ache aur bure ki pehchaan hoti hai (everyone gets criticized and praised for their work). Let them enjoy and wish all those producers who think I haven’t done good job. Whatever the responsibilities they gave me, I did it with all sincerity and entirety. My staff has supported me and CBFC became corruption free and online certification also became transparent (under my leadership).”

This decision had made many Twitteratis happy who took to twitter to talk all about it. Celebrities took to share how relieved over the ousted of Pahlaj Nihalani from CBFC. 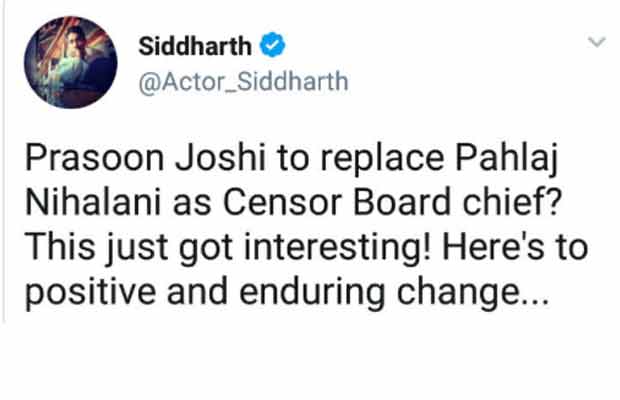 #PahlajNihalani replaced by Prasoon Joshi as the Censor Board Chief.

Phew! Pahlaj Nihalani finally removed as CBFC chief. Prasoon Joshi takes his place. The contrast is just too much.

Users rejoiced over the ‘acche din’ (good days) with Pahlaj Nihalani finally out of the CBFC.

Twitter trolls went on to make jokes about the excessive censoring with some relatable memes.

Pic 1: #PahlajNihalani as the CBFC chairman.

Some trolled the ex-chief by making the same unreasonable demands that he had asked for films like ‘Babumoshai Bandookbaaz’.

I demand 19 cuts on #PahlajNihalani before he is released …

#PahlajNihalani gets an `A’ certificate from CBFC. `A’ for Axed. Prasoon Joshi to replace him

People also went on to comment on what they really thoughts of Pahlaj Nihalani as the Chief of Censor Board.

Sacking #PahlajNihalani just before the Independence Day is no less than a feeling of being free. CBFC is free from this stupid creature.

#PahlajNihalani when asked about his achievements during his tenure as CBFC chief pic.twitter.com/nkokghaQ70

And the best lyrics were created by his removal, with Prasoon Joshi’s touch. Prasoon Joshi is also the new Chief of the CBFC for the next 3 years.

While #PahlajNihalani is gone, dim and outdated censorship system — real villain — remains. Replace it with a modern certification system

#PahlajNihlani was perhaps ill suited for the job of #CBFCchairman, but knowing him over years can say for sure he is a friend worth having

#lipstickundermyburkha
Balls,guts nd everything needed here for #pahlajNihlani nd CBFC to pass this. too hot to handle.

Several movies have suffered under Pahlaj Nihalani’s term. ‘Lipstick Under My Burkha’, ‘NH10’ ,‘Haraamkhor’, ‘Badlapur’, Udta Punjab’, ‘Indu Sarkar’, ‘Babumoshai Bandookbaaz’ are some of the movies that have received harsh reviews and cuts from the CBFC. But with the ousting of Pahlaj Nihalani, social media hopes things will get better for the CBFC in the future.