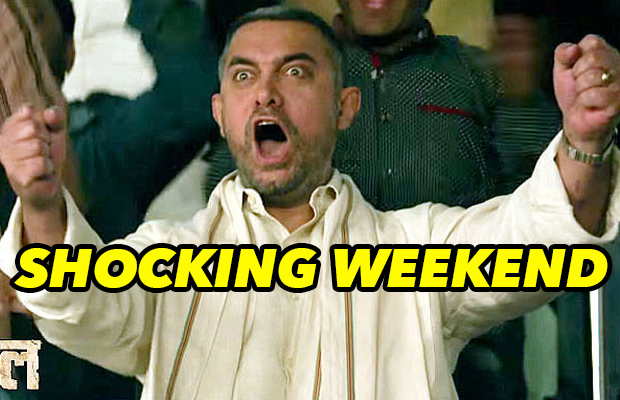 Bollywood actor Aamir Khan’s much-talked film Dangal is breaking all the records since its release. The film, which is based on the life of ex-wrestler Mahavir Singh Phogat and his two daughters Geeta and Babita Phogat, is receiving immense response all over. Dangal opened to a good start at the Box Office and the collections of the film in the three days are recording breaking. The film is not only doing well in the domestic market but has also managed to draw the audience in overseas.

Being Christmas holiday on Sunday, the Aamir Khan starrer smashed all box office records. Yes, the Sunday collection of Dangal is highest single day collection film ever.  The film showed excellent growth of around 20% from Saturday and the film would have been in more benefit if the Christmas had fallen on a weekday. Nevertheless, Dangal is a blockbuster film of the year and a film that audience was eagerly waiting to watch before the 2016 curtains go down.

YOU WON’T BELIEVE HOW MUCH THE FILM COLLECTED ON IT’S FIRST WEEKEND! IT’S SHOCKING, CLICK HERE!