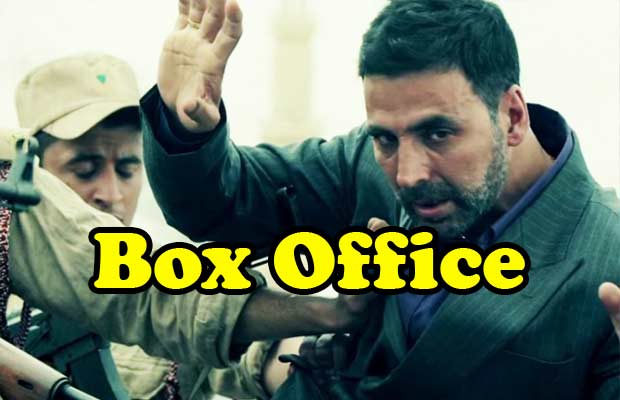 [tps_footer]Akshay Kumar and Nimrat Kaur starrer film ‘Airlift’ has won the hearts all over. The patriotic film which depicts the first ever massive mission of India has received positive reviews from all critics and viewers. ‘Airlift’ was already much awaited by the masses because of its intriguing trailer and promos. Additionally, the two songs from the film also received thumbs up from the masses.

Directed by Raja Menon, the patriotic film started on a good note at the box office. The intense film is credited for its plot and execution. Khiladi of the tinsel town Akshay received all the laurels for his performance in the film, whereas Nimrat Kaur also impressed the viewers with her amazing screen presence.

The total five day collection for the film ‘Airlift’ is Rs. 69.25 crore net approx. ‘Airlift’ earned a massive amount on Tuesday due to the public holiday of Republic Day. The holiday turned favorable for the film. The intense film released with the adult comedy ‘Kyaa Kool Hain Hum 3′. ‘Airlift’ being a film for family audience gained the maximum crowd.

The positive word of mouth publicity further added charm to its collections. It is assumed that ‘Airlift’ will easily surpass the mark of Rs.80 crore in this week.[/tps_footer]