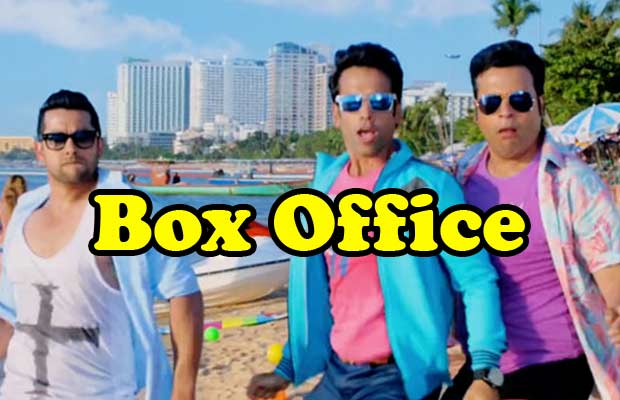 [tps_footer]‘Kyaa Kool Hain Hum 3’ received loads of backlash from the critics for its weak content. Nevertheless, the film has managed to hold its place successfully in the weekdays too. The adult comedy film released with Akshay Kumar starrer ‘Airlift’. Both the films are too different in their genre. Tusshar Kapoor’s ‘Kyaa Kool Hain Hum 3′ lost a chunk of audiences at the screens as the movie is an adult film.

The film which has double meaning dialogues even in its promos, lost out on family viewers and ‘Airlift’ on the other hand gained almost most of crowd. After a slow start at the box office, ‘Kyaa Kool Hain Hum 3′ managed to show a good improvement in the weekdays. The film is lacking behind the patriotic film ‘Airlift’ but is growing considerably.

Undoubtedly the movie has suffered from a tough competition from Akshay Kumar’s patriotic film. With lack of promising promos and trailer, the adult comedy could not create a recall value amongst the audiences.

‘Airlift’ on the other hand has an added advantage with positive word of mouth publicity as well as considerate good critic reviews. Now whether ‘Kyaa Kool Hain Hum 3′ sustains itself in the coming weekend or no only time will tell.[/tps_footer]