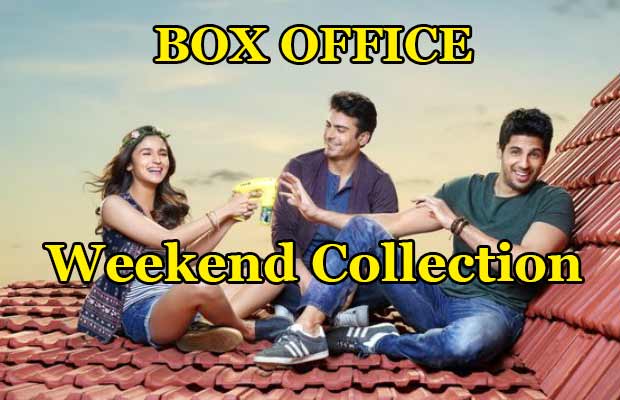 [tps_footer]‘Kapoor & Sons Since 1921’ has finally hit the theaters with a bang. The movie which stars amazing actors Alia Bhatt, Sidharth Malhotra and Fawad Khan in lead roles are already creating a good collection at the box office. The film also features actors Rishi Kapoor, Ratna Pathak and Rajat Kapoor in pivotal roles. The family drama ‘Kapoor & Sons’ was much anticipated since its announcement.

The movie which was expected to be a romantic trio is now rightly termed as a family entertainer. The film already made the audience drool with its mind blowing songs and interesting trailers. ‘Kapoor & Sons Since 1921′ was much talked about because of its star cast. However, the plot of the film is also being applauded by the audiences.

The Shakun Batra directorial has finally surpassed its first weekend on an impressive note. With no fierce competition in the way, the Alia Bhatt starrer movie managed to attract the audiences. The India-Pakistan cricket match surely added to the hindrance on Saturday collections.

The total of the first-weekend collection comes to Rs. 25.50 crores net approx. The film which was much in the limelight due to its good promotional activities started on a favorable note on Friday however, the film saw a slow growth on Saturday due to the match. The family oriented movie witnessed an impressive growth in its collection on Sunday.

With the positive reviews and word of mouth publicity the movie is expected to see a growth in the coming week. Now whether the collections of film proceed on a low scale or see a high jump only time will tell.[/tps_footer]