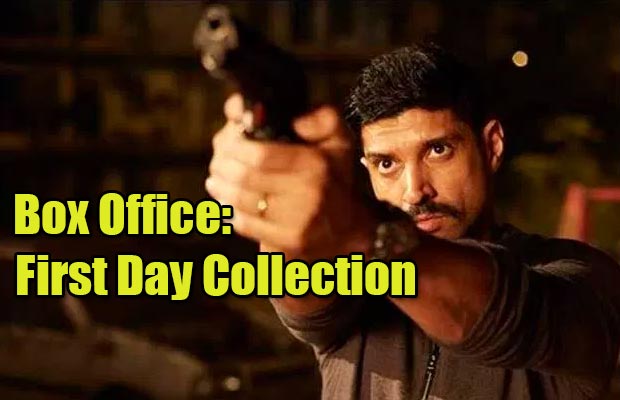 [tps_footer]Amitabh Bachchan– Farhan Akhtar starrer Wazir opened to a poor start at the Box Office, but the evening has seen a pick up. Wazir had received a 15% opening at the box office, which is a very poor scale given the fact that there are no new major releases since past two weeks.

On it’s first day, Wazir collected around Rs 5.25 crore net approx. (Rs 52 million). There should be growth on Saturday, as Friday evening collections are better than the morning but probably not what it needs. The film is best in Mumbai, Pune and Bangalore and that is because of the premium multiplexes in these cities.

Wazir was expected to be a critically acclaimed film given its tough and intense genre. Wazir however had minimal promotional activities and the film only made its space in the minds of the audience for its intriguing trailer and a few songs.

Another glitch to the film Wazir is that it cannot be termed as a family entertainer and hence it becomes a film for a niche audience which can further affect its overall collections.

The movie has received a very average response if one compares it with Farhan Akhtar’s other movies like Shaadi Ke Side Effects. The film Wazir however has a high opening when compared to Piku and Shamitabh.

Produced by Vidhu Vinod Chopra, the film is however expected to gear up in the upcoming weekend. Moreover, the strong concept and plot can help the film regain its lost popularity with good reviews and word of mouth.[/tps_footer]