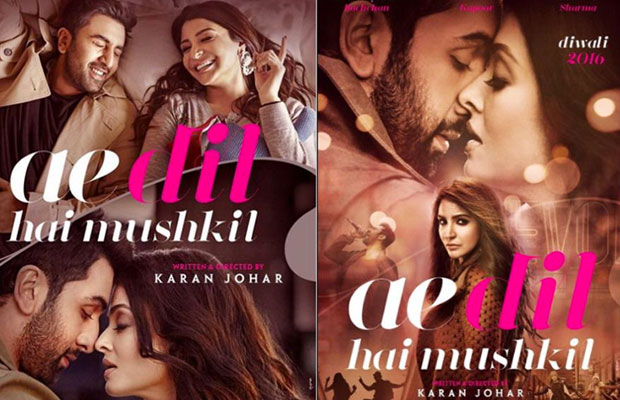 Karan Johar’s Ae Dil Hai Mushkil starring Ranbir Kapoor, Anushka Sharma, Aishwarya Rai Bachchan and Fawad Khan released on October 28 in a clash with Ajay Devgn’s Shivaay. Both the films have received good response all over and are currently battling at the Box Office. ADHM has not only done good business in the domestic market but has turned out to be excellent in Overseas with strong numbers.

It remains to see what magic the film creates during the weekend but is expected to get huge numbers on the board in coming days. Definitely, Ae Dil Hai Mushkil is seeing a good and happy Diwali!

Ae Dil Hai Mushkil, starring Aishwarya Rai Bachchan, Fawad Khan, Ranbir Kapoor and Anushka Sharma is a story about one-sided love, friendship, and unrequited love. Ayan (Ranbir) becomes a good friend of Alizeh (Anushka)and his friendship blossoms into love. But Anushka only considers him as a friend as she is in love with Ali (Fawad Khan).