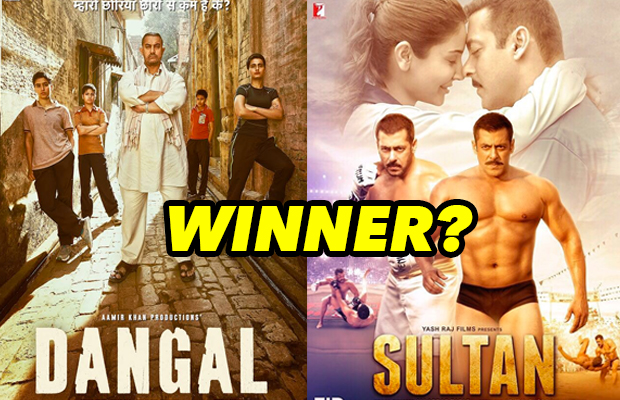 Aamir Khan starrer Dangal is roaring high at the Box Office since day 1. The film, which is based on ex-wrestler Mahavir Singh Phogat and his two daughters Geeta and Babita Phogat, is receiving rave response across the country and overseas as well. Since its release, the film is unstoppable and breaking new record each day at the Box Office.

On the other hand, Salman Khan’s Sultan had done an amazing business, courtesy to its advance bookings and Eid release. Because the movie released on a national holiday, it garnered more audiences at the screens.

For the first time any Bollywood film has grossed over Rs 20 crore each day during the weekdays and it’s quite commendable.

But could Aamir Khan’s film beat Salman Khan’s Sultan in it’s first week? Being wrestling a common factor between both films, everyone is quite gripped and waiting to know if the film could break Sultan’s record or no. CLICK NEXT TO KNOW!