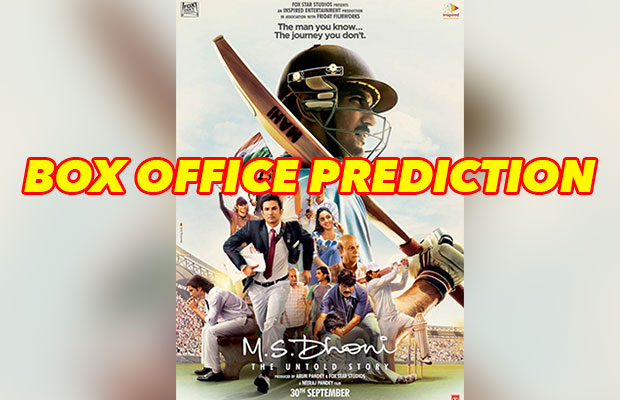 Sushant Singh Rajput is ready to battle it out at the box office with his biopic ‘M.S.Dhoni- The Untold Story’. The film will showcase the journey of cricketer Mahendra Singh Dhoni. Sushant’s film is already much in the limelight for its subject. The trailer of the movie was much awaited by the masses and it is also promising. Moreover, Sushant has traced successful performances in the past too with his films.

The biopic is high on popularity but its songs are not viral. The low recall value can be a hindrance for the film in the single screens. ‘M.S.Dhoni- The Untold Story’ is expected to gain large numbers at the multiplexes because Sushant Singh Rajput has a credible fan following in the metropolitan cities. However, the actor is not too famous amongst the single screen audience.

The subject of the biopic Mahendra Singh Dhoni is going to be a crowd puller because he is popular all over the country. The tag of Dhoni will attract most of the audiences at the screens. Additionally, the film has no fierce competition on its way and also no other big film is releasing immediately.

Due to the stated ‘M.S.Dhoni- The Untold Story’ will have a good amount of time at the box office to grab its total. It cannot be ignored that cost of the film is too high which may be problematic.

The youth is the target audience for the film because most of SSR fans belong to that age group. The film’s success can reach heights only if the content is extraordinary because the star value is not very high.