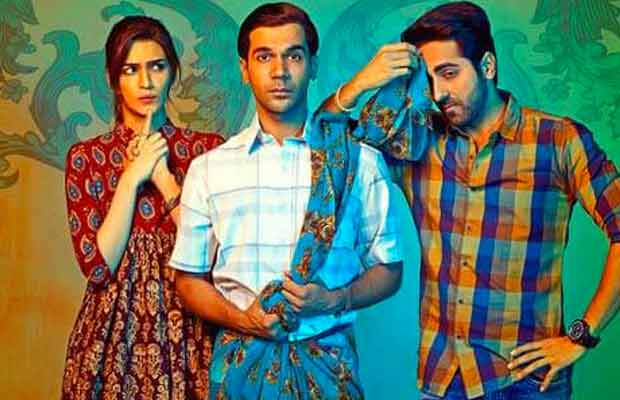 After Akshay Kumar’s Toilet: Ek Prem Katha, moviegoers have yet another unique film to watch this week. Bareilly Ki Barfi featuring Kriti Sanon alongside Ayushmann Khurrana and Rajkummar Rao in the lead is all set to release tomorrow at the Box Office.

Bareilly Ki Barfi’ is touted as the tastiest entertainer of the year due to its interesting storyline and star cast. The trailer has already created anticipation amongst the audiences but the music of the film has failed to create the right impression. Moreover, the film’s title has been arousing everyone’s eagerness because of its uniqueness that relates to every kind of audience. One of the reasons that make the film look special is because it has been backed from powerful content and has been written by none other than Dangal director Nitesh Tiwari.

Talking about the star cast of the film, Kriti Sanon has been proving her acting mettle by taking up unique and experimental roles. National Award winner Rajkummar Rao, has already impressed the audience with his role as Pritam Vidrohi. On the other hand, Ayushmann Khurrana has struck the chord with the audience with his strong and quirky character that we have seen in the trailer.

The movie looks a total package of entertainment, realism, talent and pure emotions. However, there is hardly any hype around the movie and the promotions have also not managed to grab the much-needed attention. This film will again depend entirely on word of mouth.

Looking up to their past Box Office records, Bareilly Ki Barfi may open to between 2.50-3.50 crore net on its first day. Eventually, first weekend and positive word of mouth would be the deciding factors over the film’s fate at the Box Office.

We hope the collaborative effort between Ashiwny Iyer Tiwari, creative producer Juno Chopra and writer Nitesh Tiwari of Dangal fame and Shreyas Jain, works well and this will be decided only on the day of its release.

‘Bareilly Ki Barfi’ is produced by Junglee Pictures and BR Studios. The film is scheduled to release on August 18, 2017.

Another movie that is releasing this week is Huma Qureshi’s Partition: 1947. Partition: 1947 is the Hindi version of English film Viceroy’s House. The reviews of the film from all over the world at the special screenings have created a good buzz. This film will again depend entirely on word of mouth.