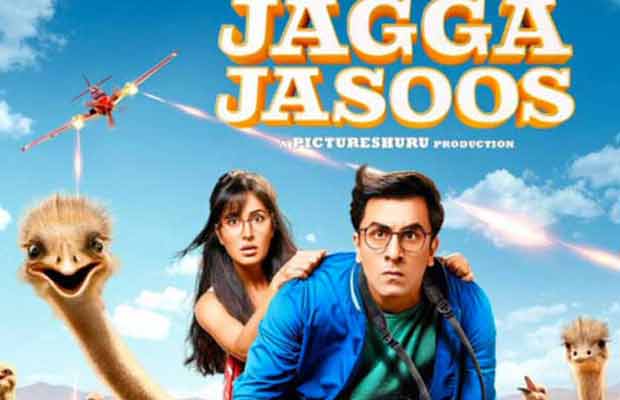 After three years, finally, Bollywood actors Ranbir Kapoor and Katrina Kaif’s Jagga Jasoos is releasing tomorrow on July 14. Usually, a movie takes one year to release after the announcement but it has taken two years more for Jagga Jasoos to release. The film got delayed for quite a few reasons, but director Anurag Basu and the cast of the film kept their belief and finally, it has reached the stage of release. Anurag Basu’s Barfi, which also took two years for the release, got a wholehearted reception from the audience and took it to the 100 Crore Club. The expectations from Jagga Jasoos are high as well.

With an innovative concept and chemistry between former couple Ranbir and Katrina Kaif, the curiosity for the film is already high, which is a good sign by all means. Moreover, the stars of the film have been promoting their movie in all corners, which has increased its recall value amongst the movie goers. Additionally, the songs of the film have already left an everlasting impact on the audience. The best part about the album is ‘Galti Se Mistake’.

Considering all these factors, the film is expected to take an opening day in the range of Rs. 8-9 crore. These figures wouldn’t be that great but anything that would be in double digit would be good for the film at the Box Office. Once the first review is out, audience reactions to the film would decide if the film will get a boost over the weekend at the Box Office.