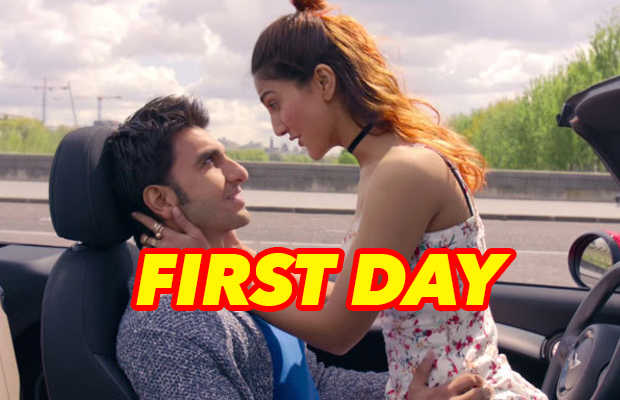 Ranveer Singh and Vaani Kapoor starrer Befikre, which was much in the limelight since its inception, has finally hit the screens yesterday. The film has grabbed all the eyeballs over the attractive pairing of Ranveer Singh and Vaani Kapoor along with their hot kissing scenes, the amazing backdrop of Paris and already hit music by Vishal and Shekhar. Befikre showcases a very different love story that celebrates love in a carefree, fun filled and impulsive spirit. The unique plot of the film had created a lot of expectations among the audience.

Finally, Befikre released in theatres yesterday in an estimated 2000 screens across the India. Ranveer Singh’s this film has managed to open well at the Box Office with around 40-50% occupancy in the morning shows. The film had managed to draw the audience in the multiplexes more than single screens due to demonetization crisis. But did the film manage to mint good numbers by the end of the day?