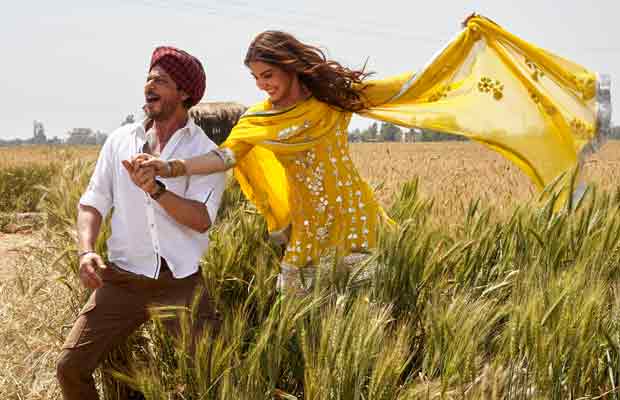 Shah Rukh Khan-Anushka Sharma starrer rom-com has drawn flak from reviewers as well as from the audience. This has eventually affected the collection of the film at the Box Office. Well, the Tuesday business of Jab Harry Met Sejal (JHMS) is a proof that this is another big debacle for Shah Rukh Khan.

Jab Harry Met Sejal has witnessed a big fall on Tuesday and has collected on 3 crores (30 Million) net approx on day 5, which takes the total business of the film to Rs 53.75 crore (537.5 Million) approx. The Tuesday figure has dropped by around 80& than day one of its release. The film has turned out unexpected and is currently running at the same trend of Salman Khan‘s last release Tubelight, which also performed below the mark at the Box Office.

Just recently director Imtiaz Ali and Shah Rukh Khan reacted to the bad reviews on the film. Imtiaz Ali responded to the media question over bad reviews saying he never intended to make an intellectual film.

“I am sure that a lot of people do not think that Harry Met Sejal is an intellectual masterpiece, but I did not intend it to be one,” Imtiaz Ali, known for his work in Jab We Met, Rockstar, and Highway, told reporters at the film’s promotion recently.

“I have not made this film for praise. You know I would like to be the director who can make different kinds of films. This one is made to reach the maximum number of people. Not to just get praise for myself. I have been a veteran at this. When Tamasha released, lot of people praised the film but the film was not reaching the audience,” Imtiaz added, answering a question about the reviews the film has got since its Friday release.

Shah Rukh, who has worked with Imtiaz for the first time, also spoke about the bad reviews. He said, “I have not seen Imtiaz Ali’s previous work. I have always believed the film should go beyond the subject and create some magic. I also believe people come with pre-concieved notion that they have seen already.”

“I am speaking on his (Imtiaz Ali’s) behalf. I think sometimes the bigger feeling is to try something new. I have been in the business long enough to try a formula film and to try a film with no formula.”

“Succeeded and failed at both. So, I understood that I can’t even try to recreate the magic. Take Dilwale Dulhania Le Jayenge, for example. I have worked with Adi (director Aditya Chopra) again. Me and Anushka have (in Rab Ne Bana Di Jodi). But there will never be another DDLJ,” Shah Rukh explained.

“So every writer or director does not want to go back to the same magic because he/she does not know how it was created. Some critics have talked about the magic being missing. I think he would not like to recreate that magic that he has done in the past. This one has a new magic. It’s a new trick. Maybe just the newness of it is going to take some time for people to understand the magic of the film. Working with Imtiaz was quite magical,” he added.