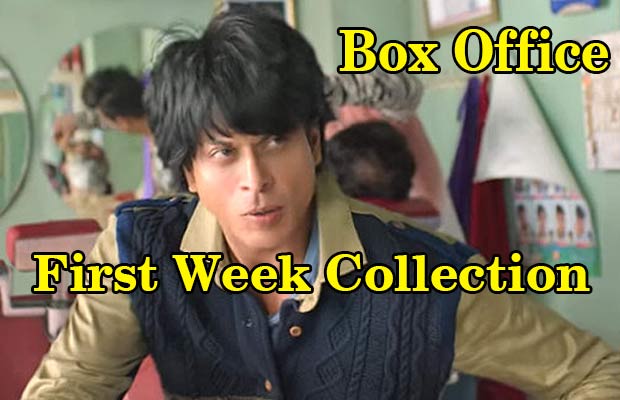 [tps_footer]Shah Rukh Khan starrer film ‘Fan’ has got tricky earnings at the box office. The film opened on a huge note on the first day of its release and after that deteriorated in its collections. Shah Rukh Khan who has a large fan following in the global front gained good collections worldwide for his film ‘Fan’. The film after the first three days was tagged as the one for the classes.

With a script-centric plot and an acting oriented subject, ‘Fan’ failed to make a mark on the level of the masses. Directed by Maneesh Sharma the movie received mind blowing reviews from the critics. The film got a positive critical acclaim but fell short in terms of collections. The film is now completing its first weekdays at the box office. The total collection for the film ‘Fan’ is Rs. 70.25 crore net approx (Rs 702 million)

Due to lack of competition and sparkling star value, the film managed to cross the 70 crore mark as expected. The only competition for the film ‘Fan’ was the popular animated film ‘The Jungle Book’.

The SRK starrer film is now entering its second weekend. The movie will have to buck up in the upcoming weekend to increase its overall collections. Most of the earnings until now have been from the metropolitan cities. Moreover, ‘Fan’ still is regarded as one of the good earners because most of the films in the year 2016 have not fared well.[/tps_footer]