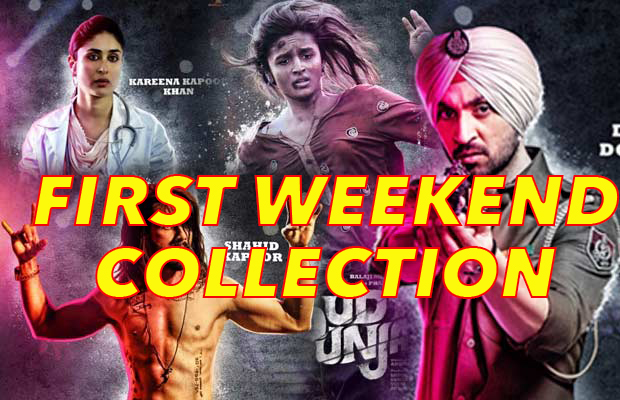 [tps_footer]Abhishek Chaubey’s ‘Udta Punjab’ is doing commendable business at the box office. The film starring Shahid Kapoor, Alia Bhatt, Diljit Dosanjh and Kareena Kapoor Khan is based on the issue of drug abuse. The movie was much hyped before its release. The expectations from this dark film were very high and the movie has proved its worth.

With positive reviews and good word of mouth publicity, ‘Udta Punjab’ did a record business on its first day of release. It can be said that because of the long controversy with the Censor Board the film made a mark on the minds of the audience. The movie was also much talked about on the social networking sites and the youth was curious about the film too.

The film has done a very good business in Delhi and UP and the collections have been amazingly good in the cities of Mumbai and Mysore too. ‘Udta Punjab’s weekend collection is already the fifth highest earner of 2016 in terms of first weekend earners.

Due to lack of competition and more of hype, the movie will make for a good weekday business too.[/tps_footer]