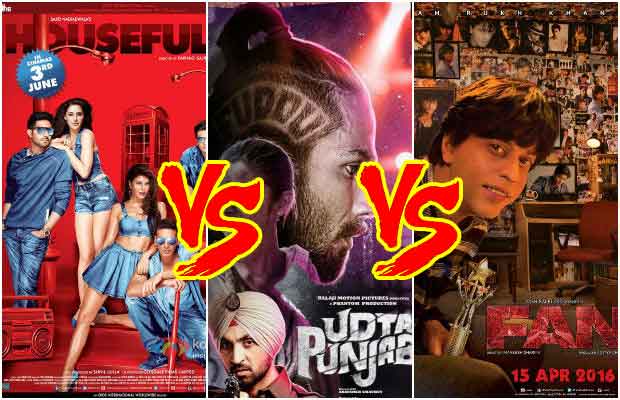 [tps_footer]Shahid Kapoor and Alia Bhatt’s ‘Udta Punjab’ is on a winning spree. The film which also features actors Diljit Dosanjh and Kareena Kapoor Khan in lead roles is based on the issue of substance abuse. Masses had a lot of hopes from this movie and must say the flick is proving to be a credible one. With positive reviews and brilliant performances, ‘Udta Punjab’ has been tagged as one of the best movies of the year.

Directed by Abhishek Chaubey, the film landed in a great controversy for its portrayal of Punjab. The Censor Board almost stalled the movie but the makers approached the High Court. Finally, the much-awaited film was screened yesterday. ‘Udta Punjab’ mainly targeted the youth and the film is already gaining high numbers at the box office.

The cherry on the cake is that the movie has triumphed over Shah Rukh Khan’s ‘Fan’ and Akshay Kumar’s ‘Housefull 3′. Beating all the odds in its way, ‘Udta Punjab’ is now the highest earner in the East Punjab region for the year. Diljit Dosanjh’s over growing popularity in the region is also another boon for the film.