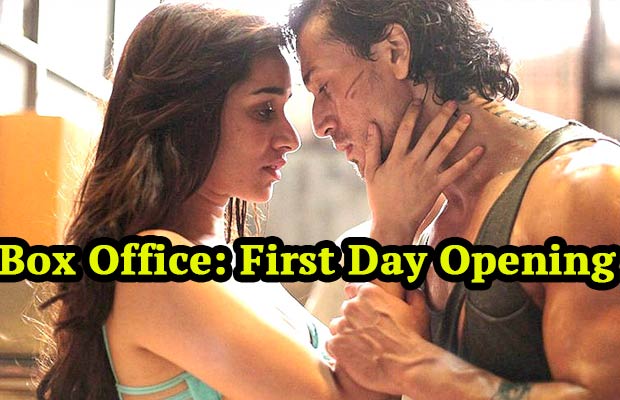 [tps_footer]Shraddha Kapoor and Tiger Shroff have finally graced the silver screens with their film ‘Baaghi’. The film which is highly action oriented has finally released. The movie was well promoted and also created a buzz amidst the young lot. Shraddha and Tiger both are popular with the young generation and their film ‘Baaghi’ has also received a good opening.

‘Baaghi’ which was most assumed to be an action flick is also a love story. The film has a good number of songs which were promoted as well. But none of the songs were hits on chartbusters. Tiger’s female fan following is enviable and the young actor has carved a niche for himself with his hit debut ‘Heropanti’. Moreover, Shraddha also has a lot of followers in the young lot after her hit film ‘Aashiqui 2′.

The film ‘Baaghi’ directed by Sabbir Khan had no competition in its way as Shah Rukh Khan’s ‘Fan’ is already deteriorating and expect for a few Hollywood releases ‘Baaghi’ had no other tough competition. The film opened on a good note with 30%-35% opening on the first day. The opening of ‘Baaghi’ is on par with ‘Airlift’ but is less than ‘Fan’.

The film mostly did maximum business at the multiplexes. Additionally, ‘Baaghi’ suffered a slash in its opening due to a Marathi film ‘Sairat’ which has opened on an excellent note.

‘Baaghi’ is expected to pick up in its collections in the evenings. The movie will probably do well in the metropolitan cities of Delhi and Mumbai. The film is one of the largest releases with more than 2225 sites.[/tps_footer]