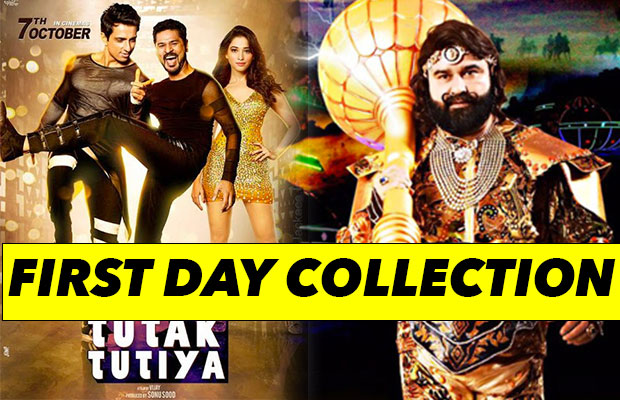 Tutak Tutak Tutiya starring Sonu Sood, Prabhudheva and Tamanna Bhatia in the lead roles was released on October 7 along with debutants Harshvardhan Kapoor and Sayami Kher starrer Mirzya. The horror comedy film was released in three languages, Hindi, Tamil,Telugu  and was impressive with its catchy songs and promos. Despite that, the film witnessed poor opening at the Box Office and the reason for this can be not so aggressive promotions.

The film saw a dull opening and managed to collect Rs 40-45 lakhs approx (4.5 million) at the Box Office on day one. The film released to a decent number of screens. However, the film witnessed the poor amount of footfalls in the cinema halls on the day of the release. The posters and trailers of the film had created a lot of curiosity but the same could not be seen during the day of the release. Well, if it clicks with the audience over the weekend, it could at least have a good stay at the Box Office.

Along with Mirzya and Tutak Tutak Tutiya, MSG The Warrior – Lion Heart has also released but the film  makes no difference to the movie buffs. The film is third in the series of MSG films and well, it is mainly catering to the cult following that the Saint enjoys the genre. The film has mint Rs around 1-1.25 crore nett approx, which is surprisingly better than Tutak Tutak Tutiya.