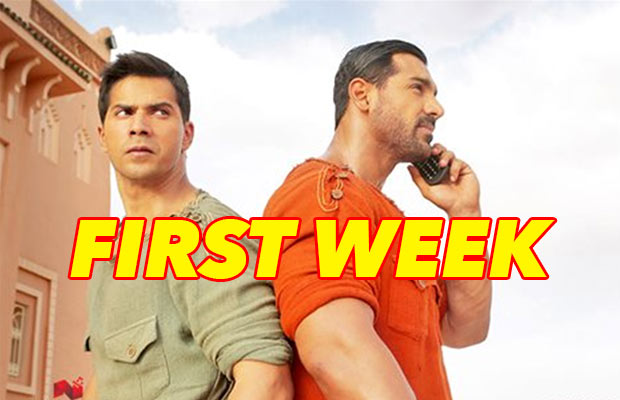 [tps_footer]Action flick Dishoom has completed its first week at the box office. The movie starring Varun Dhawan, Jacqueline Fernandez and John Abraham in lead roles is gaining good amount of attention for its entertaining plot. The movie does not have an extraordinary concept but it is an engaging film for the youth with a combo of action, romance and comedy.

Dishoom released when Sultan was nearing its final collection. The Salman Khan and Anushka Sharma starrer film still was tough on the screens. Dishoom affected the collections of Sultan but in return it also had to bear loss of viewers.

The Varun Dhawan starrer film earned maximum collection in Mumbai with Rs.17.50 crore net approx. The film had to bear a competition in the Punjab circuit with the movie Bambukat. The movie still has a hope to gain maximum collections before the release of Mohenjo Daro and Rustom.

Mohenjo Daro and Rustom are releasing on same day which will eventually be a great fall for Dishoom. The upcoming weekend will decide the fate for the film.[/tps_footer]