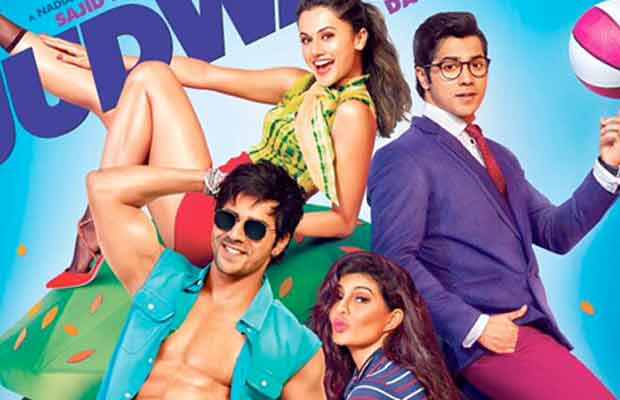 Judwaa 2, starring Varun Dhawan, Taapsee Pannu, and Jacqueline Fernandez, has finally released today at the Box Office. Ever since the first trailer of the film was released, audiences were high on expectations. The trailer and the songs of the film received an immense response. Also, the makers of the film created an aggressive promotional strategy for the film to hype up the buzz. Everything about the film was well spoken and written before the release. But could it create its magic at the Box Office?

David Dhawan directorial Judwaa 2, which has released across 3500+ screens has opened on a good note with occupancy rate at the Box Office. The film has taken a good start of around 35-40%oocupancy in the morning shows, which is pretty much good. The opening of the film is best at multiplexes across the country. Also, advance booking of the film has boosted it’s over performance at the box office.

Since the film enjoys an extended four-day weekend, the collections are likely to cross Rs 50 crore mark.