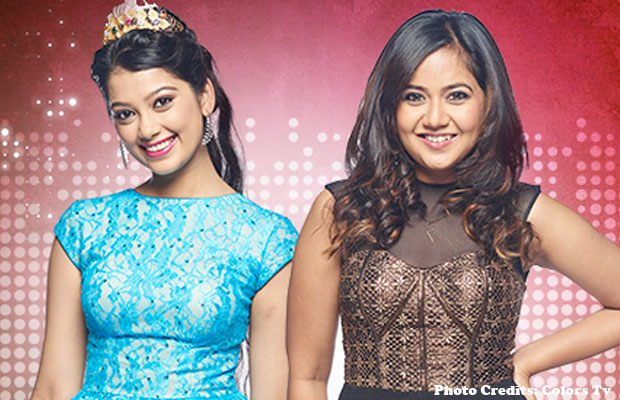 [tps_footer]The most awaited controversial reality show ‘Bigg Boss 9 Double Trouble’ with Salman Khan as a host has begun. With too much of wait and excitement, finally the show has begun and is going through its first week which would go on air from today at 10:30 pm.

As earlier we revealed how Bigg Boss welcomed each and every jodi in a grand way and how the housemates were sent inside the house without their luggage. The contestants were called in the activity area when they demanded their luggage. Bigg Boss agreed to it, but on one condition. One person from each jodi was only allowed to ask for the luggage and that would be decided between them. Also another condition was that if one person is asking for his or her luggage, the luggage would be shared only with their own partners, they can’t ask for anything from any other jodi or contestant.

With this condition, the first jodi Digangana-Roopal decided to ask for the luggage and they decided that Roopal will take the luggage.Bigg Boss didn’t give hand to hand luggage to Roopal as it was put into shredder machine and that made her cry badly. This left everyone shocked and the first bomb was put on the contestants by Bigg Boss and that’s how the game begins!

With the warm welcome to the contestants from Bigg Boss, the game has begun and the contestants will be going through first nomination procedure today. Nominations and evictions are the part of the show as we all know and when it comes on nominating your housemates, they use nominations to pour the venom.

CLICK NEXT TO KNOW WHO ARE THE THREE NOMINATED JODIS OF THIS WEEK!

Stay tuned to Business Of Cinema to catch the exclusive updates about Bigg Boss 9 Double Trouble!