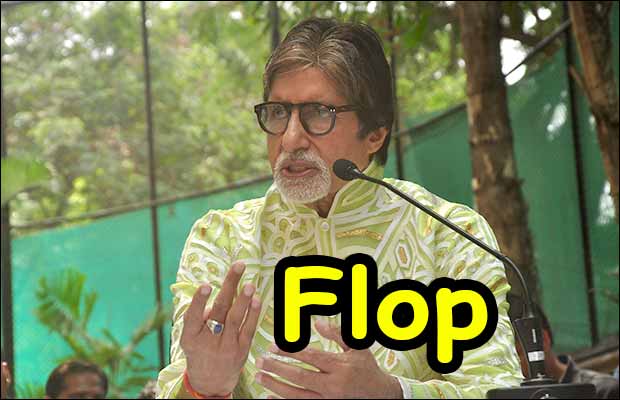 Amitabh Bachchan is one of the most celebrated stars of our industry. He is an idol many youngsters who dream to make it big in this industry. Big B has played many roles ranging from a hero to a villain in 45 years of his career. He is famous for his voice, his subtle nature and his co-ordeal working relations with everyone who has had the pleasure to work with him closely.

Big B recently turned 73 and the media, the audience and his family all were super excited to celebrate this grand occasion with this mega-star. Amitabh Bachchan on his birthday decided to have a heart-felt chat with the media and hence generously allotted the media personals some quality time so that no one who is close to him especially his fans, should be sad on his birthday. He politely answered all the questions that were asked to him regarding his future films, his next move, etc.

However, when we asked him what he feels about a Biopic on his life, he was pleasantly surprised. He very openly answered us saying that any Biopic on his life will be a big flop, according to him he does not have anything inspiring or exciting to offer in a biopic and hence he has no plans on working or thinking about making a Biopic on his life. He frankly answered that even in future if someone finds his life worthy enough for a biopic, he has no idea which actor should portray him on-screen.

Also Read:Fire On The Sets Of Amitabh Bachchan’s New Show, Here’s What He Did!

Big B was however every much excited to think about a Biopic that could be made on the life of his father Late Harivansh Rai Bachchan. We asked him about his plans for the special day to which he disclosed that today in this age he refer to spend time with his family, earlier he would work, travel or be busy even on his birthday, but with time his priorities towards his family has changed.