Good friends, co-stars and the emerging stars of Bollywood, Parineeti Chopra and Aditya Roy Kapur are all set to make an appearance on the next episode of Koffee with Karan that will air on Star World & Star World HD on Sunday at 9PM.

Smart, humorous and talkative, the duo will raise the Koffee temperature with their palpable chemistry and onscreen camaraderie. The episode features the talented actors getting out of their comfort zones, bravely facing Karan’s pointed and notorious questions. According to Aditya, Parineeti is the most likely to be caught hooking up in a public place…we wonder why? But the actress gets her revenge when she mercilessly teases Aditya saying, “You have to use your brains, but you don’t have any. We will collect your brain in a teaspoon.” 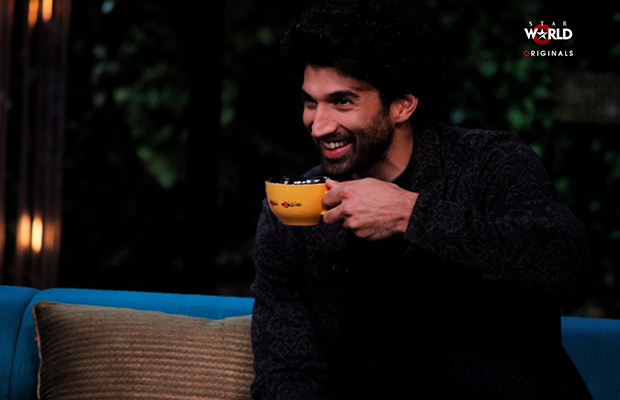 Honest and amusing, Parineeti also reveals the most hilarious thing she had read about herself, “Parineeti looks like a hot air balloon” but the icing on cake, is her reply thereafter, “Which was also true at one point”.

Simple, straightforward and hilarious, the two actors leave no stone unturned to poke fun at each other as Karan looks on.

Get ready for some candid conversation, hilarious banter and revelations from the gen-next actors in Koffee with Karan Season 5, Sunday at 9pm only on Star World and Star World HD.