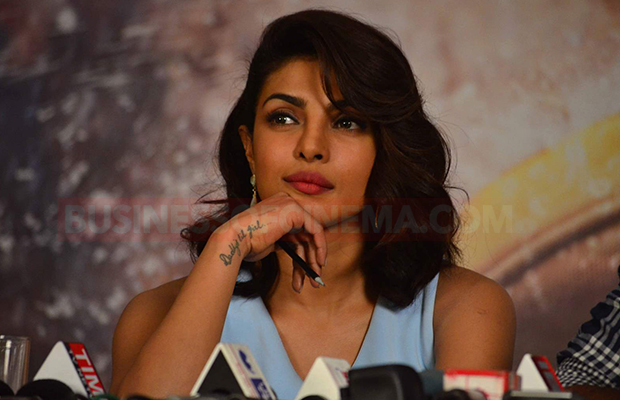 [tps_footer]Priyanka Chopra who is winning all the accolades globally has now landed in a legal hassle. The mind blowing actress who is making the country proud with her international fan following and performances has apparently landed in a deep trouble. Priyanka is busy with her back to back professional commitments and the actress has also widened her horizon with entering into the field of production.

It is already known that Priyanka Chopra is soon going to produce regional films; the actress has already started scratch work on the same.  The starlet is already gaining laurels for entering into the regional cinema. Priyanka’s production house has announced three projects which will be made in the Punjabi, Bhojpuri and Marathi.

According to reports, a case has been filed on Priyanka Chopra by a Punjabi film producer Talwinder Singh Rathor. The case is also filed on Priyanka’s production company Purple Pebble Pictures. The case is filed in the city civil court at Dindoshi for a title of the film that she is going to produce.

The case is filed as the name of the Punjabi film IK ONKAR which Priyanka will produce is already registered. And the suit is filed to claim damages and restraining orders for the use of the same. Reports further claim that Rathor had already planned a movie with the same title and is on the last stage of production. Additionally, the copyright has also been filed.

It is being said that Rathor has now approached the Indian Motion Picture Producers Association to resolve the matter. Seems, like Priyanka Chopra’s journey as a producer is already on a rocky scale. The talented actress will soon be seen in the film ‘Jai Gangaajal’.[/tps_footer]