Pink starring Amitabh Bachchan and Taapsee Pannu in the lead roles is all set to release this Friday on September 16. The film is just three days away from the release but many Bollywood celebs have already watched the film. The makers of Pink have been hosting back to back special screening for Television and Bollywood fraternity. Celebrities like Kangana Ranaut, Kriti Sanon, Dia Mirza, Preity Zinta, Yami Gautam, Prachi Desai, Gauahar Khan, Dino Morea and many others have watched the film. Going by their review and reaction to the film, Pink is the surely now the awaited film of the week.

Kangana Ranaut, who left immediately after the screening of the film, personally messaged Pink star, Andrea. Check out what she messaged. 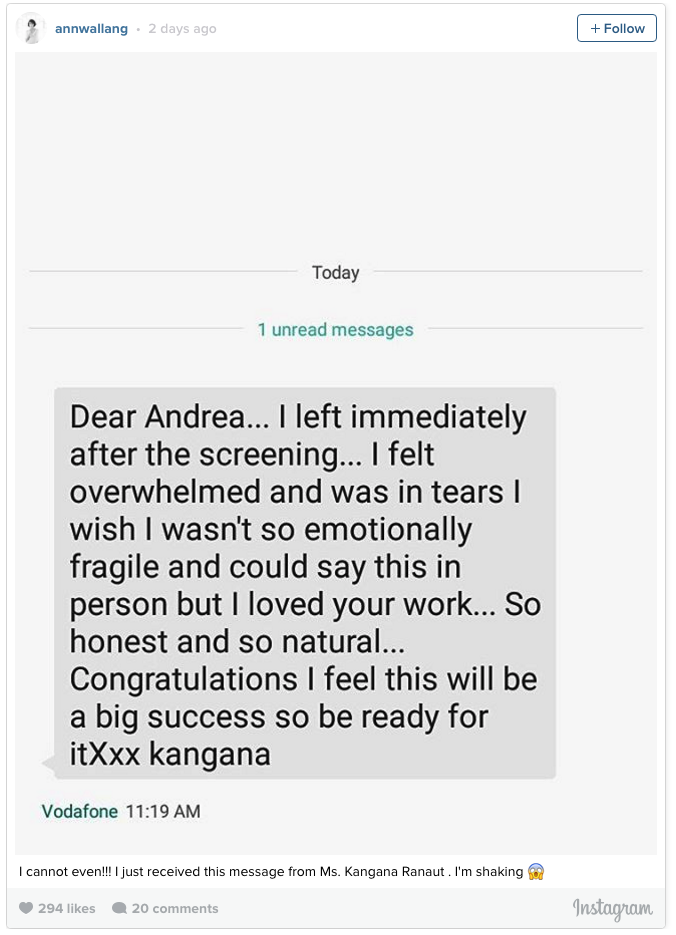 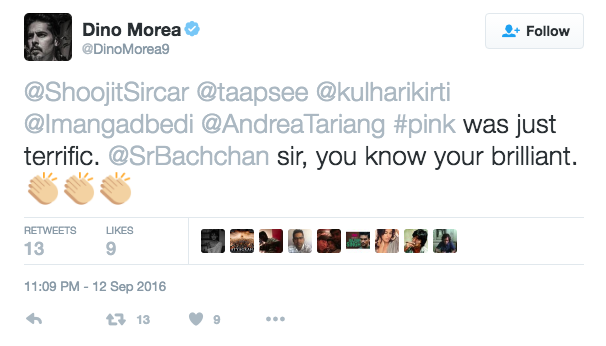 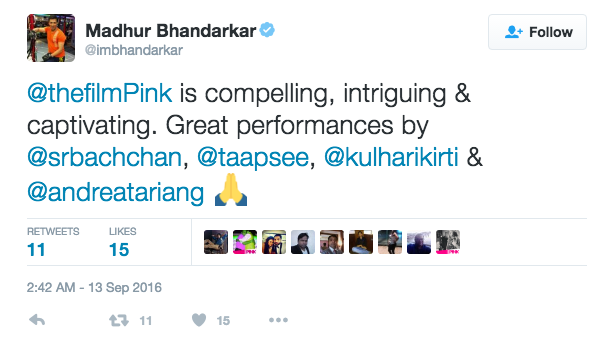 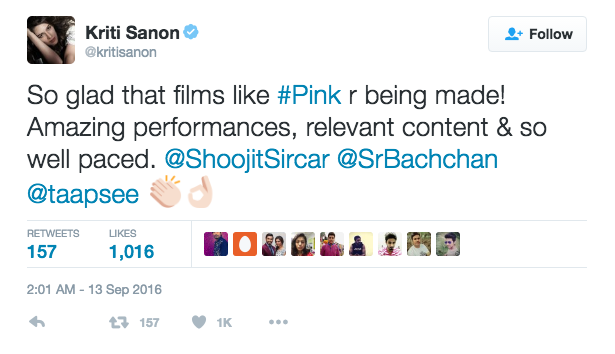 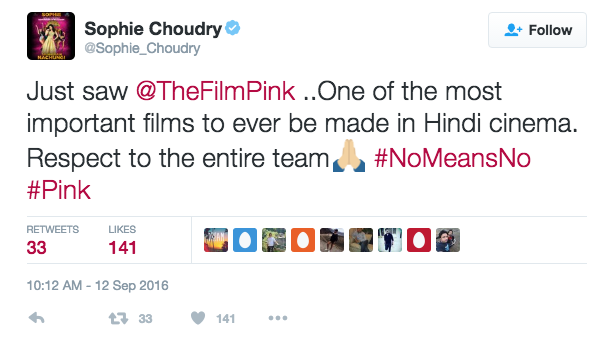 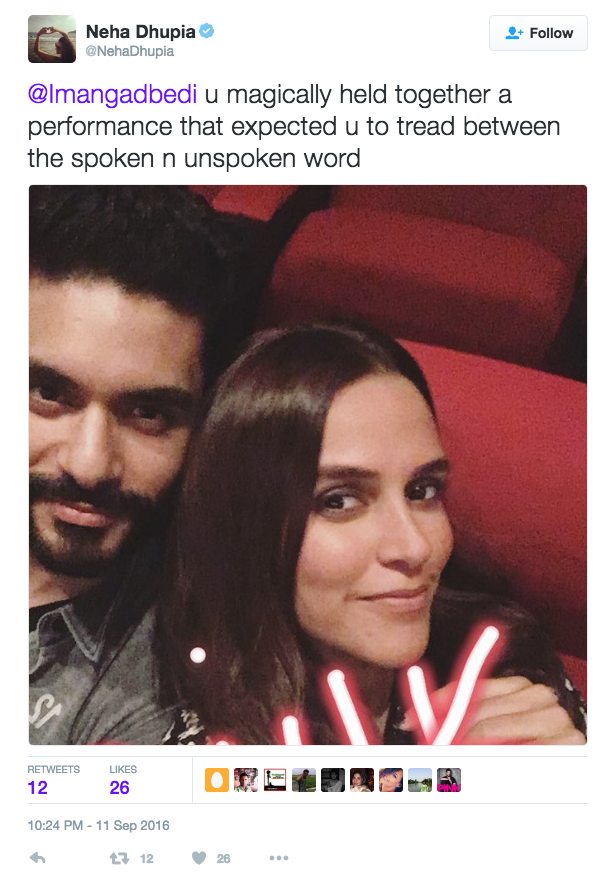 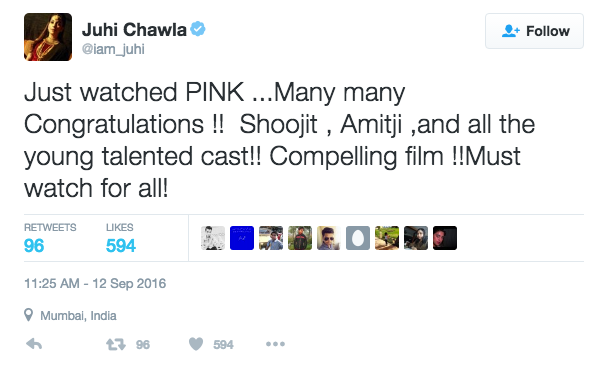 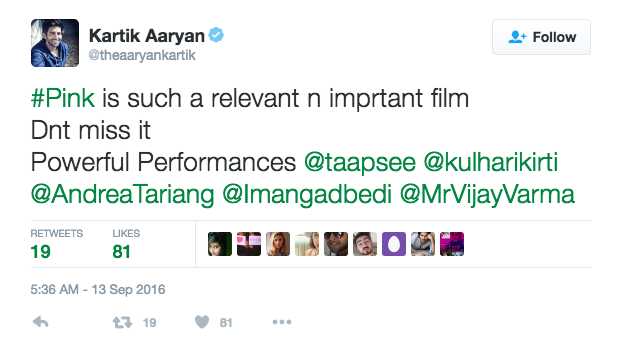 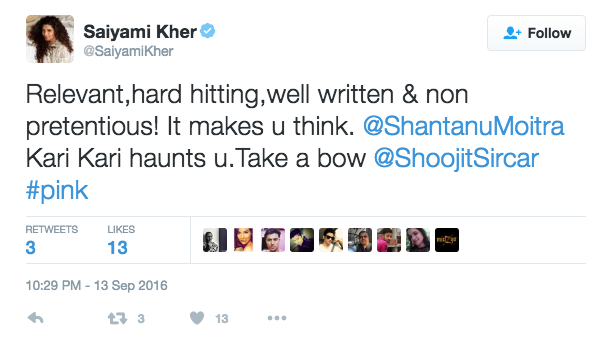 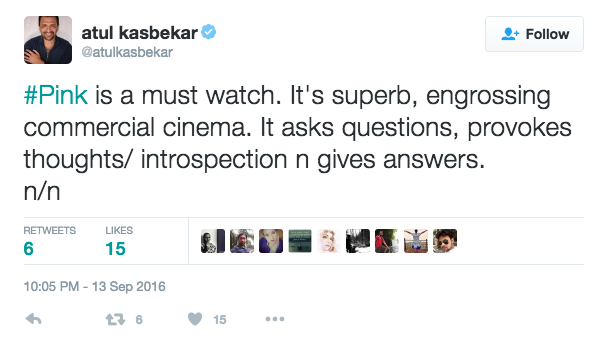 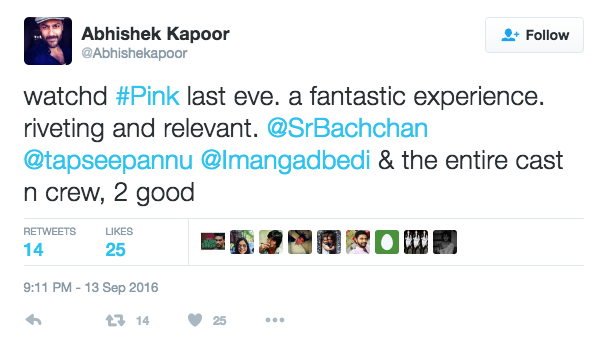 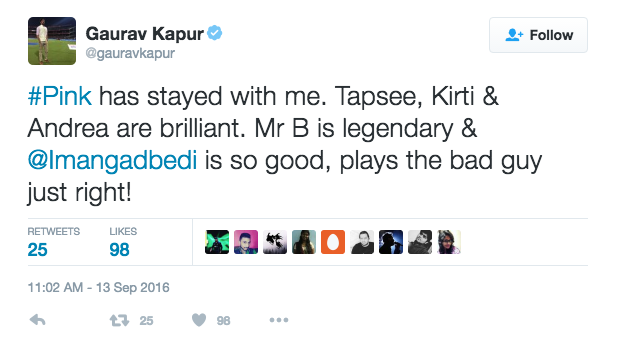 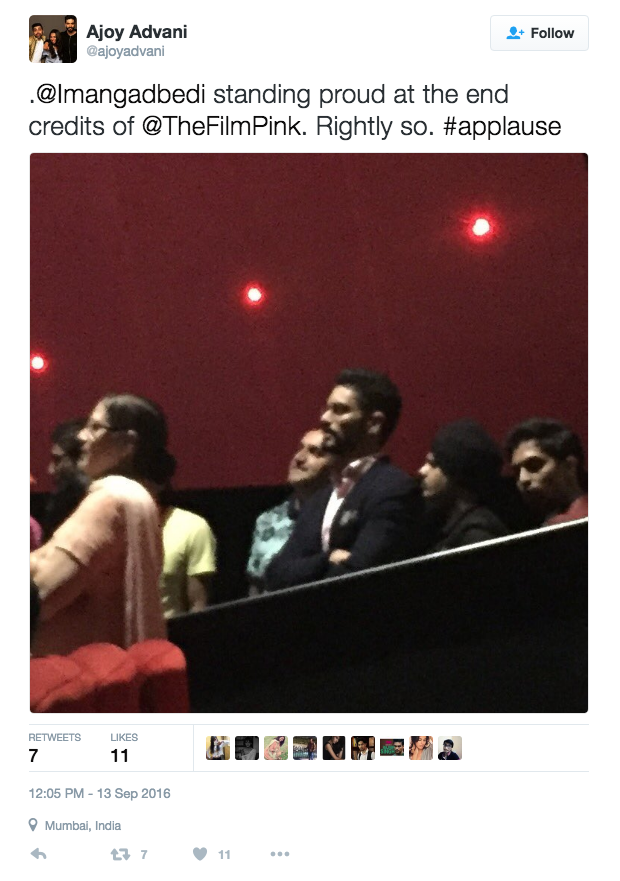 Talking about the Pink, ‘Pink’ is a dark film with an intriguing plot, which showcases the reality of the society we are living into. Amitabh Bachchan will play the role of a lawyer in the movie and will keep you gripping throughout the film. Pink’ also stars actors Angad Bedi, Kirti Kulhari, and Andrea in lead roles. The trailer of the film has already showcased that how the characters are extremely realistic and make you curious at every passing minute. The trailer itself reads “A dark truth they can’t hide.” The film talks about gender violation in our society.

The film will mark the directorial debut of Aniruddha Roy Chowdhury. ‘Pink’ will hit the screens on September 16th, 2016.