After working together in the films like ‘Maine Pyaar Kyun Kiya?,’ ‘Veer,’ Main Aurr Mrs Khanna‘ and ‘Heroes,’ siblings Sohail Khan and Salman Khan are back together for Kabir Khan’s Tubelight. The first poster of the film with a man wearing military uniform left a lot of confusion among the fans whether if it’s Salman Khan or Sohail Khan. Now we have got our hands on a photo, which is doing rounds on social media.

The new photo from Tubelight sets shows Sohail Khan dressed in khaki uniform. We have come across many photos of Salman Khan from the sets of Tubelight, but for the first time, we have got a glimpse of Sohail Khan’s first look. Well, this makes pretty much clear that the first look of the film featured Sohail Khan as we have not seen Salman wearing such uniform anywhere during the shooting. 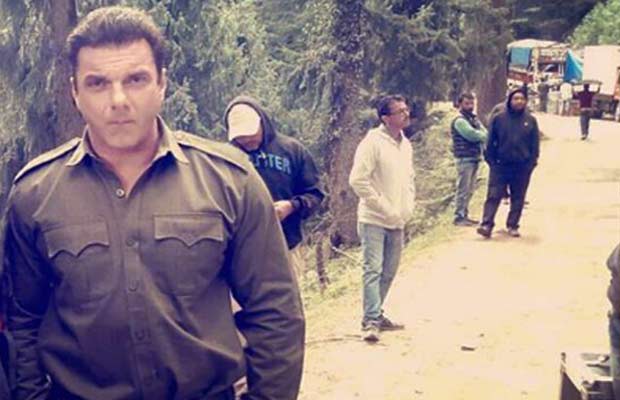 Tubelight is going a unique film of Salman Khan‘s career. As per reports, the film is based on 1962 war and will be set in Sino – India war zone. It is said Sohail Khan will play a mute character in the film, however, the role of the actor has been kept under wraps. The film also stars Chinese star Zhu Zhu! The film is slated to release next year on Eid.