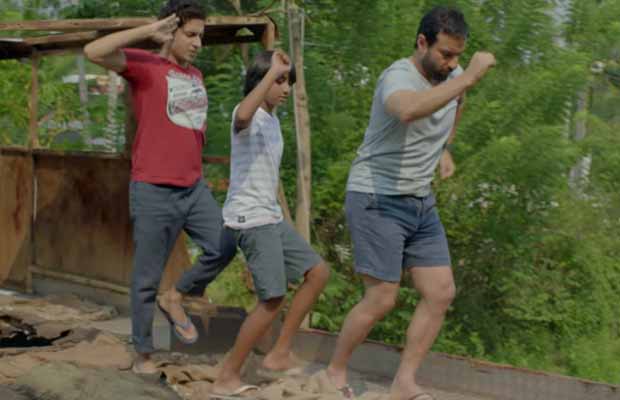 Finally, the much-awaited first trailer of Saif Ali Khan starrer ‘Chef’ is finally out. The trailer that sees Saif playing the role of a ‘Chef’ is looking interesting and will bring smiles on your face. The Indian adaptation of Jon Favreau’s Hollywood hit Chef has been put up beautifully.

Padmapriya Janakiraman is back in Bollywood, playing Saif Ali Khan’s wife in the film. She has worked in more than 30 films in Malayalam, Telugu, Tamil, Kannada, Bengali, and even in Hindi. Her last outing in Bollywood was in Chandan Arora’s 2009 flick Striker.

Each character has been beautifully showcased in the trailer. The best thing is the makers have created the trailer that keeps a mystery and audience curious. Saif’s reel life son Svar Kamble has also done a wonderful job.

The film is a unique tale of a journey that Roshan Kalra (played by Saif Ali Khan) undertakes to find out his true priorities and source of happiness. It’s a story of food and love and family and togetherness, and that of a father’s rediscovery of the bond with his son.

Directed By Raja Krishna Menon, the film is based upon the 2014 Hollywood hit by the same name, which was directed by Jon Favreau. Chef stars – Saif Ali Khan, Svar Kamble, Padmapriya and Chandan Roy Sanyal in the lead roles.

Chef is slated to release on October 6th, 2017. Are you ready for the tasty and spicy ride?