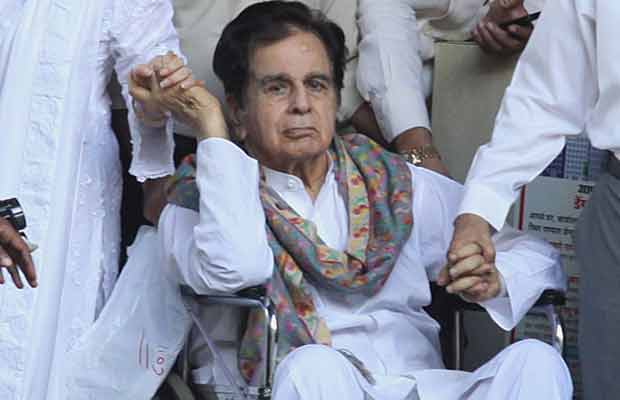 Veteran actor Dilip Kumar was recently hospitalized but now is back at home recuperating.

Dilip Kumar recently suffered a major health scare, which landed the actor in hospital. Luckily he recovered and is now slowly recuperating in his house.

SC has asked veteran actor Dilip Kumar to pay up Rs. 20 crores! The reason is a 10-year old property case.

Dilip Kumar had entered into an agreement with Prajita Developers Pvt Ltd for developing his property, measuring 2412 square yards. His property lies in prime Pali Hill area. The property feud grew when no construction was done and the actor demanded his property back as it was under his firm.

Justice J Chelameswar who headed the bench has asked the Bollywood actor to pay almost Rs. 20 crore to the firm in the form of demand draft within four weeks time.

“The Commissioner of Police or his nominee shall draw a Panchnama of the fact of the handing over of the property by Prajita to the appellant and file the same in the Registry of this Court within a week from the date of the handing over of the possession. Upon the filing of the Panchnama, Prajita shall be at liberty to withdraw a number of Rs 20 crore deposited by the appellant pursuant to this order,” SC has also made former SC judge Justice P Venkatarama Reddy as the arbitrator to decide if Prajita Firm will get more than Rs. 20 crore,

“The background of the facts and circumstances of the case whether Prajita would be entitled to any damages apart from receiving the above-mentioned amount of Rs 20 crore from the appellant is a matter which requires some examination. We, therefore, deem it appropriate to refer the said question for resolution by arbitration between the appellant and Prajita”

The Prajita developers had thus obtained the leasehold rights in the property together with the bungalow standing thereon by virtue of lease of September 25, 1953. But the developers had failed to raise any construction.

The Bombay High Court had last year rejected the plea of the realty firm.