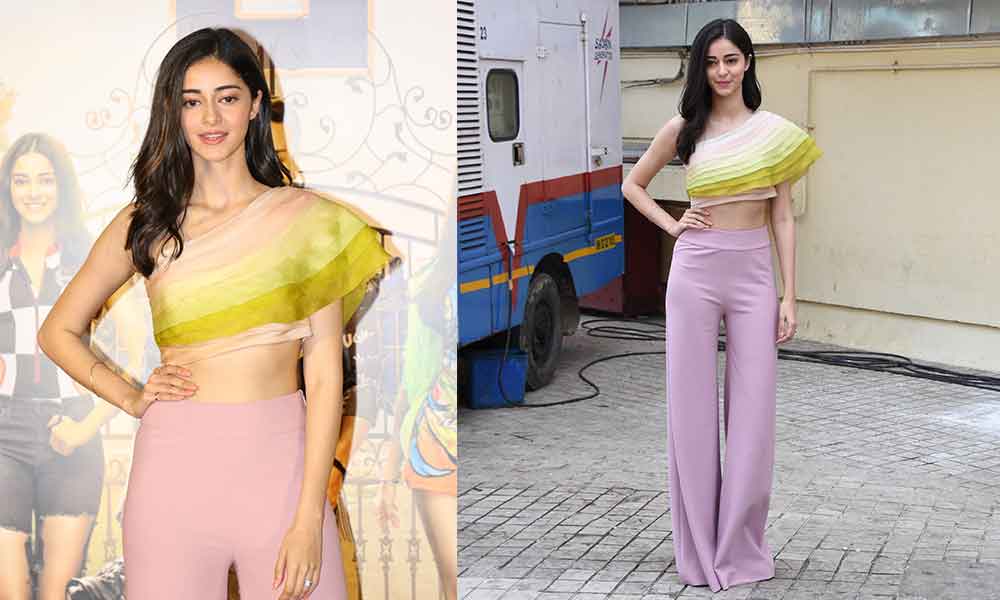 The teen sensation of Bollywood, Ananya Panday who has been creating all the buzz for all the right reasons is gearing up for her Bollywood debut with Student Of The Year 2 where she is essaying the role of a student and is already garnering all the appreciation for her character.

The young starlet who is the youngest of her debut movie’s cast is just 20 years old and is running a super hectic schedule while she is on a promotional spree- meeting fans across the country and creating a splash with her style statement.

Recently, the actress was in the pink city ‘Jaipur’ marking it as her first ever visit to the city. Recollecting from her experiences, the actress shared that though she was supposed to come to the city for a school trip, she had to cancel plans at the last minute and is super elated that finally, she could visit the Jaipur city, at last.

Reminiscing of her school days, Ananya shared, “I was in class sixth and got my name registered for a school trip to Jaipur but I couldn’t make it. I could not come as a real student, but now I am in town as a reel student.”

Just like us when we have our firsts, the feeling which one goes through is what the new actress on the block is going through along with having another set of first- her debut being one of the biggest ones.

The teen sensation hasn’t even made her debut yet and is already amidst shooting her second film which makes her an already popular name among the filmmakers as the choice for projects with her breezy and get-next-door persona.