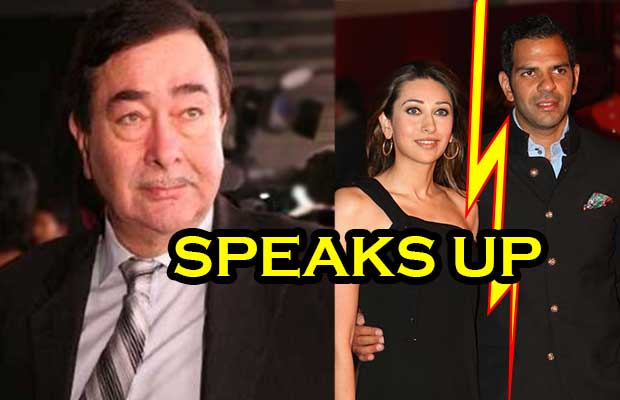 [tps_footer]After a long-drawn exhausting and bitter battle, actor Karisma Kapoor and her businessman husband Sunjay Kapur finally ended their 13 years of their marriage on Monday as the family court in Mumbai granted their divorce. The announcement followed soon after the court accepted the settlement terms the two of them had laid out in the Supreme Court on April 8. As an added advantage, the custody of their two children Samaira and Kiaan is with Karisma, according to the conditions.

Also, the Khar flat which was owned by Sunjay’s father has been handed over to Karisma. However if that sounds unfair, Sunjay has been granted visitation rights and he can spend two weekends a month in the city with his children. The kids will divide time between both the parents during the vacations. When asked about this, Karisma‘s father Randhir Kapoor said, “I don’t want to comment on this. It’s a closed chapter for our family.” Isn’t that too much of an added advantage for Karisma? What do you guys think?

However, the father had previously commented “I don’t know if it is a good or a bad thing, but it is certainly a sad moment for our family. The only silver lining in this is that the children will spend most part of the year with us. Karisma has been through a rough time in the last few years. It has been emotionally draining for her. So, I hope the verdict offers her some respite.”

Looks like they are trying to get the attention off their family and why not? Pretty obvious that the divorce is something that might have affected Karisma real bad. Well, we just hope everything falls into place soon for both Karisma and Sunjay![/tps_footer]