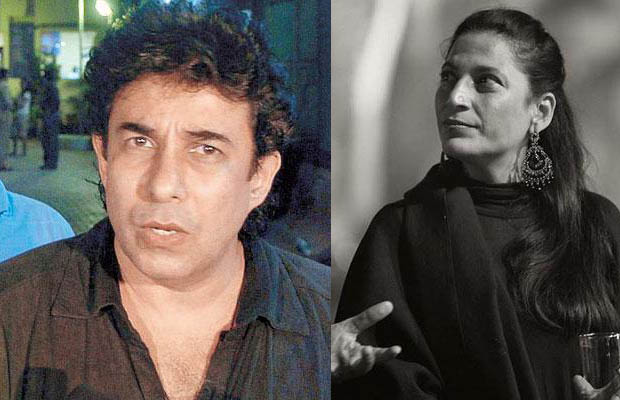 Deepak Tijori is grabbing attention of the press since his marriage rumors have started flooding around. He has been thrown out of his place, is the latest update around, right? Wrong! ‘Kunika’, the sister-in-law of Deepak Tijori has broken silence to this hot news.

But, first let’s clarify what all information that was revealed in the past few days. Reportedly, Deepak had been thrown out of the house by Mrs.Tijori, sources also say that the guy was not allowed to get in after that and she also told their servants to not provide him with any food.

Things got real when sources said that Deepak Tijori discovered that his wife was not divorced to her previous husband and maybe that’s the reason why he wants to split?

Adding fire to this controversy Kunika said, “Obviously, someone is putting the story in the press so that the court gets prejudice because they are in court for divorce and their alimony settlement has to be done. Can a person be married for 26 years and realize that their marriage is null and void? I am sure someone is doing this mischief, we are not bothered by such stories because the court will take an opinion based on whatever is there in front of them. I don’t know of my sister not being divorced and getting married to Deepak Tijori. That (Shivani’s first husband) person also got married so that means his marriage is also null and void? It is all rubbish.”

She added further that Deepak is having an extra marital affair, which is probably the reason behind their divorce. “He is there only, he lives there partly, he has a girlfriend also, so.. he lives with the girlfriend also. He comes and goes in the house. How can she throw him out, he is the father of her child? He has his own room there and if he is thrown out, you think he doesn’t have the key?” she told Pinkvilla.

For now that Deepak Tijori’s marriage is facing a storm, things seem quite messy and until now, Deepak or his wife, none of them has revealed anything for the same.